(Redirected from Medicine:Preston Smith Library of the Health Sciences) 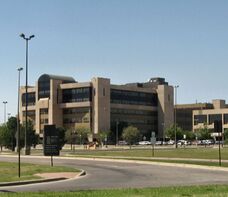 The school began in 1983 as the School of Allied Health Sciences and currently has campuses in Amarillo, Lubbock, and the Permian Basin. More than 1,800 students are currently enrolled in 20 different degree programs at the doctoral, master's and baccalaureate degree levels. These programs include areas of study, such as athletic training, audiology, clinical management, medical laboratory science, molecular pathology, physical and occupational therapy, physician assistant, rehabilitation, and speech-language pathology.[3]

The Texas Tech University Health Sciences Center School of Medicine in Lubbock has awarded more than 3,000 Doctor of Medicine degrees since its first graduating class in 1974.[4][5] The school was commissioned to train physicians to help meet the health care needs of residents of West Texas, a population that now includes more than 2.5 million people. When the school opened, West Texas had one physician for every 1,300 residents. Currently, the ratio is about one physician for every 750 residents. Students spend their first two years of study in Lubbock and their last two years studying in Amarillo, Odessa or Lubbock. A self-proclaimed major initiative for the school is to "recruit creative, innovative research faculty and to develop graduate students and postdoctoral fellows for lifelong careers in medical research."[4]

The school has campuses in Lubbock, Permian Basin, Highland Lakes, and Abilene; and it educates more than 1,000 students each year. Bachelors, masters, and doctoral degrees in nursing are issued by the school. The School of Nursing offers the only Doctor of Nursing Practice program in West Texas. The school is known for its alternatives to traditional educational opportunities including online coursework for a registered nurse to obtain a Bachelor of Science in Nursing, a second-degree Bachelor of Science in Nursing program for students with a bachelor's degree in another subject, and a Veteran to Bachelor of Science in Nursing degree for veterans with military medical experience who wish to earn a nursing degree but already have considerable knowledge that distinguishes them from a traditional nursing student.[6]

The School of Pharmacy's administrative hub is located in Amarillo and the school has regional campus sites in Lubbock, Dallas and Abilene. The school has two Dallas-area regional sites: one located on the grounds of the North Texas Veterans Administration Medical Center and the second located within the central Dallas medical district.

The Graduate School of Biomedical Sciences (GSBS) has campuses in Lubbock, Abilene, and Amarillo. The school offers doctoral and master's degrees in biomedical sciences, as well as professional certificates and dual degrees in collaboration with the School of Medicine.[8]

The presence of TTUHSC has impacted the access to health care in West Texas. Over 20% of the physicians currently practicing in West Texas are TTUHSC medical school or residency graduates. The schools of Nursing and Health Professions impact West Texas, with most of their graduates remaining in West Texas to pursue their chosen profession. Over 80% of School of Pharmacy graduates have chosen to practice in Texas.[10]

Usually held in August, a new group of first-year medical students participate in the White Coat Ceremony each year. This event is a rite of passage for first-year medical students as they don their coats and take a Hippocratic oath affirming their commitment to the highest standards of ethics and patient care. At the TTUHSC School of Medicine in Lubbock, the ceremony is held at the Lubbock Memorial Civic Center.[11] 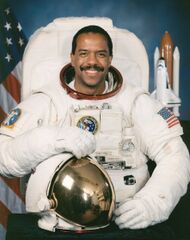