He was born November 18, 1955 in Calcutta, India, and is now Canadian. His TV series and documentaries have focused on global health, children's television series, human rights, dementia and refugees. He has won 105 international awards, including a George Foster Peabody, three humanitarian awards and two honorary doctorates.

Prior to his media career Kharas worked in the Canadian public service dealing with immigration and refugee policy and on United Nations affairs. He has travelled to 140 countries and frequently speaks at international conferences, trains animators and sits on media festival juries.

Kharas was born into an upper middle-class Parsi family during Calcutta’s most turbulent period of social upheaval, which would influence his entire life. His father was a mechanical engineer and his mother a British-trained lawyer. First introduced to progressive causes by his mother, who volunteered for an NGO, he was taught the realities of disenfranchised people and at age eight was taken to Mother Teresa’s Home for the Dying. At the time he also started writing plays and acting in high school productions first at La Martiniere Calcutta and then at the Cathedral and John Connon School in Bombay. After graduation he was the first recipient of the Rotary Club of Bombay’s international exchange-student scholarship. With it he attended an honors year at Commodore Perry High School in Hadley, Pennsylvania, undergraduate studies in political science at Thiel College, Pennsylvania (BA, 1978) and received his Masters from Carleton University’s Norman Paterson School of International Affairs (MA, 1980) in Ottawa.

After graduation Kharas served for five years as executive director of the United Nations Association in Canada. He then focussed on refugees by serving as policy adviser to Barbara McDougall, Canada’s Minister of Employment and Immigration, before being appointed Assistant Deputy Chairman of the Immigration and Refugee Board, where his mandate was the help clear up the backlog of more than 100,000 refugee claimants from 115 countries. In 1995 his desire to impact social problems drew him into the private sector, into mass communications for social change. 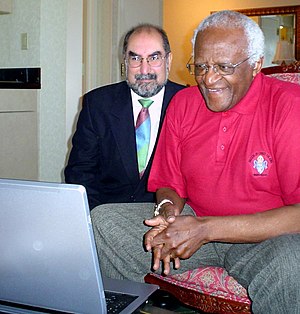 Chocolate Moose Media was founded that year in Canada but set up its first production facilities in Singapore and Malaysia to train locals and produce animated and dramatic television series. Kharas created City of the Rich, Asia’s first English-language daily soap opera and then focussed on children's programming that was purchased and licensed by HBO, the Disney Channel, Animal Planet and Nickelodeon], among others. He also created a series in Arabic for the Al Jazeeera Children's Channel called Hind and Hamza that tackled such sensitive topics as racism and gender equality and illustrated how the media form can reach youth and adults alike.

His move into activism started with short, animated spots for UNICEF’s Cartoons for Children’s Rights and then for the UN General Assembly Special Session on Children]. In 2004 his first major PSA series called The Three Amigos Campaign aimed to educate people about the use of condoms to stop the spread of HIV/AIDS. It has been translated into 45 languages that can reach 5.5 billion people in 150 countries.[2] with Nobel Peace Prize laureate Archbishop Desmond Tutu[3] as a prime advocate. The series won the a 2006 Peabody Award.[4] Subsequent series included malaria protection (Buzz and Bite, 2008) and domestic and sexual violence protection (No Excuses, 2011).

Other campaign subjects include solar power, diabetes, values and violence against children in Malawi. In response to the Ebola virus epidemic in West Africa in 2014, Kharas produced three videos dealing with prevention and discrimination: Ebola: A Poem For The Living, In Praise of Prevention and Beyond Survival. The Huffington Post cited its "courage and intelligence." [5] Recent work has targeted rape in the Democratic Republic of the Congo, discrimination against refugees, asbestos-caused diseases and support for migraine sufferers. The entire portfolio is housed on Kharas' Vimeo channel. Multilingual versions are much more effective in global social activism, according to University of Ottawa professor Luisa von Flotow.[6] He has also produced six documentary films and has spoken at numerous conferences on global health, communications and behaviour change.

Whispers With Stones
Myanmar Maternal Health
Shades For Migraine
Show You Care: Make Your Workplace Migraine Friendly
2017
The Migrant
A Plea To My Father
Show You Care, Wear a Pair
I Am Not A Victim
Asbestos Kills
2016
Zika Prevention
Biodiversity Is Us - World Association of Zoos and Acquariums
Nature For All
Polio - The Switch
2015
The Solar Campaign
Beyond Survival
In Praise of Prevention
Values For Young Children
Rights of Children With Diabetes - Qatar Diabetes Association
2014
Ebola - A Poem For the Living
Hind and Hamza
2013
George of the Jungle
2011
No Thanks We're Fine - Alzheimer's Support
No Excuses
Child Without a Country: Pedro
Desert Riders - documentary about child camel jockeys
2009
Buzz and Bite
Nan and Lili
2006
Magic Cellar
Shorts of the Asian Games
2005
Honk, Toot and Swo-Swoosh
2004
The Three Amigos
2003
PanAsia - Journeys in Asian Cuisine
King
Toad Patrol
2002
Daft Planet
2001
Untalkative Bunny
Canada's Two Cent's Worth
2000
Animated logos for UNAIDS
Animated Jam - UNICEF
Animated logos for UNICEF
1999
Speed's Choice
1998
City of the Rich
Let's See, Let's Learn
1997
Children Have the Right to Protection From Neglect - UNICEF
Children Have the Right to Protection in War - UNICEF
The Circle is Complete