Harvey Harlow Nininger (January 17, 1887 – March 1, 1986) was an American meteoriticist and educator, and although he was self-taught, he revived interest in scientific study of meteorites in the 1930s and assembled the largest personal collection of meteorites up to that time.

Dr. Fletcher Watson of Harvard University in his book Between The Planets (1941) writes that Nininger was accounting for half of all the meteorite discoveries in the world at that time. In his career, Nininger published some 162 scientific papers and four books relating to meteorites.

Over the years I delivered hundreds of lectures throughout the nation in colleges and universities, ...in elementary and secondary schools... I spoke on street corners, in country schools, in the Carnegie Music Hall...

It was a source of some chagrin to be introduced, as I was frequently, as "the man who has found more meteorites than any other man in history."

Such a statement missed the main point of my life. Collecting occupied much of my time and effort, but collecting served as a sort of platform or footing on which to stand while I sought to educate, and while I pleaded constantly for an organized program of meteoritical research.[3]

Nininger's career as a self-taught and self-financed meteorite scientist and collector was unique. He lived to see meteoritics receive serious attention in the earth and space sciences, as he had urged for forty years. Nininger is considered by many today to be the father of modern meteoritics, having recovered a substantial portion of the meteorites available to scientists today as well as bringing to attention the fact that meteorites are present in great enough concentrations on Earth's surface to actually warrant looking for. Before Nininger actively pursued his meteorite hunting endeavors, many scientists regarded it as a folly to spend one's time doing so, believing meteorites to be so uncommon as to render searching for them a complete waste of time.[4]

In 1965, Nininger and his wife endowed the Nininger Meteorite Award, awarded annually by the Center for Meteorite Studies at Arizona State University.[1] 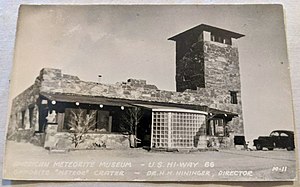 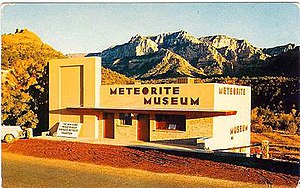