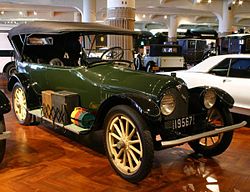 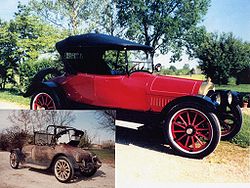 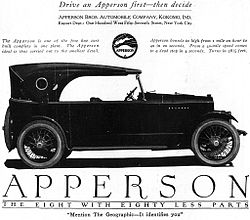 The Apperson was a brand of United States automobile manufactured from 1901 to 1926 in Kokomo, Indiana .

The company was founded by the brothers Edgar and Elmer Apperson shortly after they left Haynes-Apperson; for a time they continued to use a FR layoutont-mounted flat-twin engine, following it with a horizontal four.

By now, Apperson and Haynes were both losing sales; a rumored remarriage came to naught, and Apperson folded for good despite the introduction of four-wheel brakes on the 1926 models.