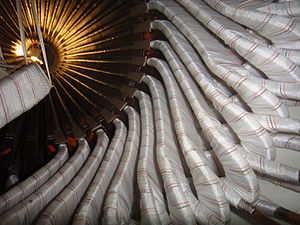 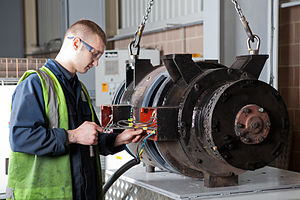 Houghton International was founded in 1984 by Christine and Ron Mitten in Houghton-le-Spring, County Durham. In 1989 motor repair and coil manufacturing divisions were launched and in 2002 the company commenced rewinding AC traction motors.

In 2005 Ron Mitten was elected President of the Association of Electrical and Mechanical Trades (AEMT) an international association representing leading companies in the service and repair industry[1] and a light traction motor overhaul facility was opened.

In 2009 the company marked its silver anniversary (25 years) by opening its second facility.

In 2011 the company commenced an investment plan to expand its facilities and services.[2]

In 2012 a third facility was opened and the company was awarded occupational health and safety management system accreditation to OHSAS 18001:2007.

In 2013 the company was awarded environmental management system accreditation to BSI EN ISO 14001:2004 and was granted a UK patent GB2494369 for HiTRANS™[3] its transient dynamic MA Set load test process.

In 2014 the company was a finalist in the 'Training and Development' category at the UK national Rail Business Awards 2013.[4]

The company has developed;