In the field of EMC, active EMI reduction (or active EMI filtering) refers to techniques aimed to reduce or to filter electromagnetic noise (EMI) making use of active electronic components. Active EMI reduction contrasts with passive filtering techniques, such as RC filters, LC filters RLC filters, which includes only passive electrical components. Hybrid solutions including both active and passive elements exist.[1] Standards concerning conducted and radiated emissions published by IEC[2] and FCC[3] set the maximum noise level allowed for different classes of electrical devices. The frequency range of interest spans from 150 kHz to 30 MHz for conducted emissions and from 30 MHz to 40 GHz for radiated emissions.[4] Meeting these requirements and guaranteeing the functionality of an electrical apparatus subject to electromagnetic interference are the main reason to include an EMI filter. In an electrical system, power converters, i.e. DC/DC converters, inverters and rectifiers, are the major sources of conducted EMI, due to their high-frequency switching ratio which gives rise to unwanted fast current and voltage transients. Since power electronics is nowadays spread in many fields, from power industrial application to automotive industry,[5] EMI filtering has become necessary. In other fields, such as the telecommunication industry where the major focus is on radiated emissions, other techniques have been developed for EMI reduction, such as spread spectrum clocking which makes use of digital electronics, or electromagnetic shielding.

The concept behind active EMI reduction has already been implemented previously in acoustics with the active noise control[6] and it can be described considering the following three different blocks:

The active EMI reduction device should not affect the normal operation of the raw system. Active filters are intended to act only on the high-frequency noises produced by the system and should not modify normal operation at DC or power-line frequency.

The EMI noise can be categorized as common mode (CM) and differential mode (DM).[7]

Even though the spectrum of an EMI noise is composed by several spectral components, a single frequency at the time is taken into account to make possible a simple circuit representation, as shown in Fig. 1. The noise source [math]I_s[/math] is represented as a sinusoidal source with its Norton representation which delivers a sinusoidal current [math]I_L[/math] to the load impedance [math]Z_L[/math].

The target of the filter is to suppress every single frequency noise current flowing through the load, and in order to understand how it achieves the task, two very basic circuit elements are introduced: the nullator and the norator. The nullator is an element whose voltage and current are always zero, while the norator is an element whose voltage and current can assume any value. For example, by placing the nullator in series or in parallel to the load impedance we can either cancel the single frequency noise current or voltage across [math]Z_L[/math]. Then the norator must be placed to satisfy the Kirchhoff's current and voltage laws (KVL and KCL). The active EMI filter always tries to keep a constant value of current or voltage at the load, in this specific case this value is equal to zero. The combination of a nullator and a norator forms a nullor, which is an element that can be represented by an ideal controlled voltage/current source.[8] [9] The series and parallel combinations of Norator and Nullator gives four possible configurations[10] of ideal controlled sources which, for the case of feedback topology, are shown in Fig. 2 and in Fig. 3 for the feedback topology.

The four implementation that can be actualized are:[11]

Fig. 2: Schematics of the possible configurations for feedback topology.

To assess the performances and the effectiveness of the filter, the Insertion loss (IL) can be evaluated in each case. The IL, expressed in dB, represents the achievable noise attenuation and it is defined as:

Larger IL implies a greater attenuation, while a smaller than unity IL implies an undesired noise signal amplification caused by the active filter. For example, type (a) (current sensing and compensation) and (d) (voltage sensing and compensation) filters, if the mismatch between [math]Z_L[/math] and [math]Z_s[/math] is large enough so that one of the two becomes negligible compared to the other, provide ILs irrespective of the system impedances, which means the higher the gain, the better the performances. The large mismatch between [math]Z_L[/math] and [math]Z_s[/math] occurs in most of real applications, where the noise source impedance [math]Z_s[/math] is much smaller (for the differential mode test setup) or much larger (for the common mode test setup) than the load impedance [math]Z_L[/math], that, in standard test setup, is equal to the [math]50\Omega[/math] LISN impedance.[12][13] In these two cases ILs can be approximated to: 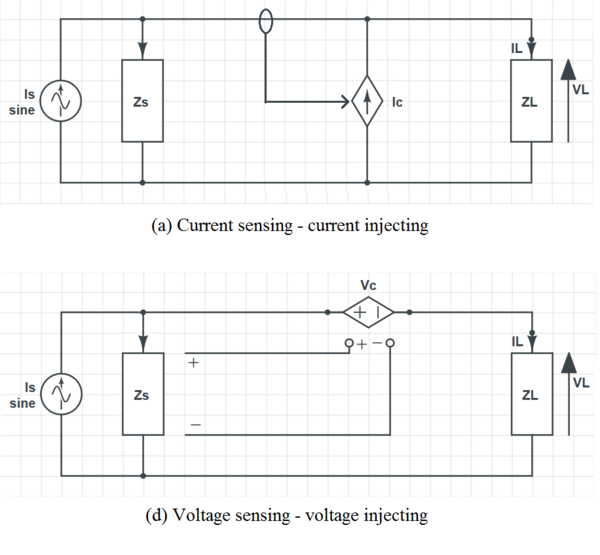 Fig. 3: Schematics of the possible configurations for feed forward topology.

While feedback filters register the noise at load side and inject the compensation signal at source side, the feed forward devices do the opposite: the sensing is at source end and the compensation at load port. For this reason, there cannot be feedforward-type implementation for type (b) and (c).[10] Type (a) (current sensing and injecting) and type (d) (voltage sensing and injecting) can be implemented and the calculated ILs result to be:

Considering also in these two cases the condition for maximum noise reduction, i.e. maximum IL, it can be achieved when the filter's gain is equal to one. If [math]A\rightarrow 1^-[/math], it follows that [math]IL\rightarrow \infty[/math]. It can also be noted that, if [math]A\rightarrow 1^+[/math]or, generally speaking, [math]A \gt 1[/math], the insertion loss becomes negative and thus the active filter amplifies the noise instead of reducing it.