Organization:American Association of Physicists in Medicine 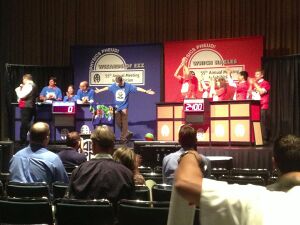 The annual "Physics Pheud", at the 55th AAPM Meeting in Indianapolis in 2013.

Their headquarters are located at 1631 Prince Street, Alexandria, Virginia.

The purposes of the American Association of Physicists in Medicine are to promote the application of physics to medicine and biology and to encourage interest and training in medical physics and related fields. AAPM has established Medical Physics as its primary scientific and informational journal.

AAPM is a Member of the American Institute of Physics and has over 8000 members.[4]

Regional chapters of the AAPM hold regular scientific meetings for their members. For example the New England Chapter typically meets three times per year. More information for the NEAAPM can be found at [1] .