In 1999 the Labour Government made the policy case for sustainable development in a White paper entitled A better quality of life.[2]

Pressure then came to oversee the Government's progress and develop policy on sustainable development, including from Michael Meacher MP.[3] 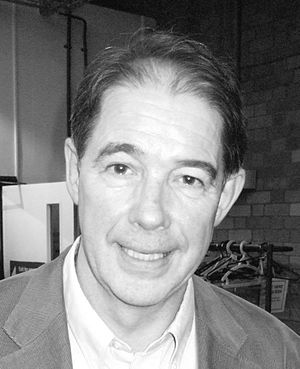 Its responsibilities to the four bodies were broadly similar: it was an official watchdog on sustainability; it scrutinised progress on meeting targets on the sustainable management of the bodies' estates and procurement; and it provided cross-departmental policy advice and assistance.[5]

From 2000 to 2009 the Commission was chaired by the former Director of Friends of the Earth, Jonathan Porritt,[1] and between 2009 and its closure in 2011, it was chaired by Will Day formerly of Comic Relief and the United Nations Development Programme.[6][7] It produced reports such as Prosperity Without Growth by Prof Tim Jackson in 2009.[8]

On the 22 July 2010, the Department for Environment, Food and Rural Affairs announced that it would stop funding the Commission.[1] The decision was part of the Coalition Government's quango reforms, termed by the media as a "bonfire of the quangos"[9][10] Jonathan Porritt described the decision an "act of ideological vandalism".

This news was criticised by Green Caroline Lucas MP,[3] Guardian journalist and activist George Monbiot,[11] Daily Telegraph journalist Geoffrey Lean,[12] and Friends of the Earth.[13] They claimed the Commission was necessary for the Government to fulfil its ambition to be the “greenest government ever”.