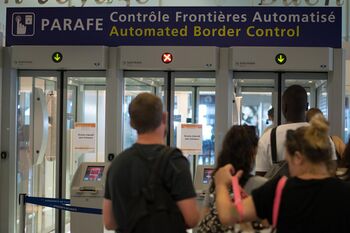 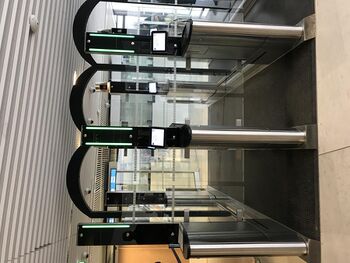 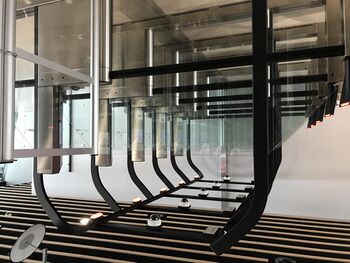 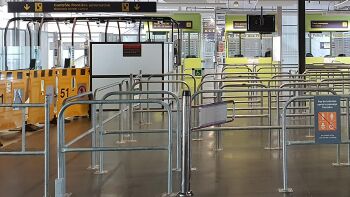 Border control at Marseille Provence Airport (with PARAFE self-service gates under construction on the left).

At present, citizens of the following countries can use the PARAFE eGates, provided that they are aged 18 years or over and hold valid biometric passports.[1]

Minors aged 12–17 who hold a valid biometric passport from the above table are also eligible to use the gates on arrival, but not on departure because the French authorities have strict rules about unaccompanied minors leaving the country.[1]

At present, PARAFE eGates are available at the following locations:

The previous generation of the PARAFE eGates used fingerprint technology verify the identity of the passenger and was first introduced in 2010. This was phased out since it was considered "insufficiently intuitive" (which hand, which finger), a slower process and non-French citizens had to actively sign up at a French airport every 5 years to be able to use the eGates.[8]

The first eGates were replaced in early 2017 for a pilot project of the facial recognition technology, which was extended to more airports and St Pancras station throughout the rest of 2017 and 2018.[8][9] There are still some gates left that work with the fingerprint technology and new registrations are still accepted.[10]