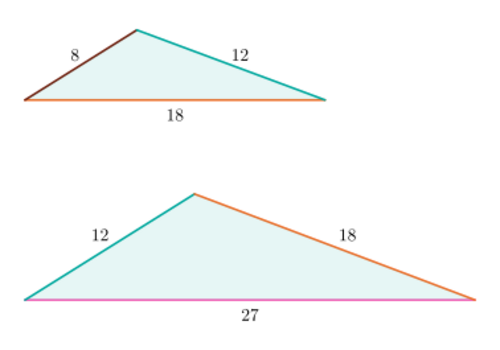 The 5-Con triangles have been discussed by Pawley:,[1] and later by Jones and Peterson.[2] They are briefly mentioned by Martin Gardner in his book Mathematical Circus. Another reference is the following exercise[3]

A similar exercise dates back to 1955,[4] and there an earlier reference is mentioned. It is however not possible to date the first occurrence of such standard exercises about triangles.

There are infinitely many pairs of 5-Con triangles, even up to scaling. 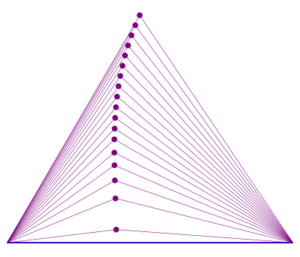 5-Con triangles with the same greatest side. 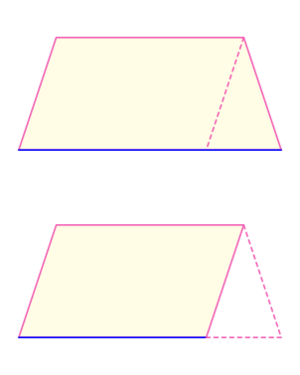 Defining almost congruent triangles gives a binary relation on the set of triangles. This relation is clearly not reflexive, but it is symmetric. It is not transitive: As a counterexample, consider the three triangles with side lengths (8;12;18), (12;18;27), and (18;27;40.5).