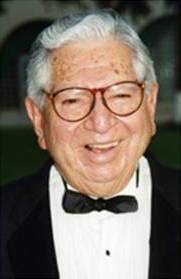 José Silva (August 11, 1914 – February 7, 1999) was an American self-taught parapsychologist and author of the "Silva Method" and the "Silva UltraMind ESP System", intended to help people increase their IQ, develop psychic skills, and to develop the ability to heal both themselves and others remotely, using forces unknown to science.

Jose Silva was born in Laredo, Texas . He and his older sister and younger brother were raised by their grandmother. Silva supported the family from the age of 6 by selling newspapers, shining shoes, and doing odd jobs. He never attended school as a student, but learned to read and write by watching his sister and brother do their homework. Silva was able to study a correspondence course on radio repair through an agreement with the town barber, under which the barber rented the lessons to Silva, and Silva earned the diploma in the barber's name.

At the age of fifteen, Silva began to repair radios and built a successful business which he maintained for the next 40 years, interrupted only by military service.

During World War II, Silva joined the Signal Corps. At his induction, he was examined by an Army psychiatrist. Intrigued by the psychiatrist's odd questions, Silva inquired about a book on hypnosis that was sitting on the psychiatrist's bookshelf. As a result, Silva began to study psychology and, in particular, the nature of hypnotic suggestion and perception in altered states. While in the Signal Corps, Silva studied advanced electronics and became an instructor.

When Silva was discharged, he resumed his radio repair business. The newly established Laredo Junior College asked him to create an electronics training program for the school. Five years later, with the spread of television, his repair business began to flourish and Silva ended his teaching career.

During the 1940s, Silva developed a set of techniques with which he aimed to be able to alter his children's IQs and develop their psychic abilities (e.g. clairvoyance).[1] His 'mind experiments' were based on his background in electronics and reading of psychology. He had read about alpha waves and the electrical activity in the human brain and bought an electroencephalograph (EEG). He found that one area of the brain, the part that produces alpha brain wave activity, was stronger than the others. This indicated to him that the electrical impedance of this area of the brain was lower, and therefore would function more efficiently.

Since this part of the brain operated more efficiently, Silva believed that it could receive and store more information. The crucial problem for Silva was to keep the mind alert at these frequencies, which are associated more with daydreaming and sleep than with practical activity.

Silva experimented with hypnosis, but while hypnosis made the mind more receptive, he felt that more individual control was necessary for improving brain function. He experimented next with mental training exercises to quiet the brain yet keep it more independently alert than in hypnosis. This, he reasoned, would lead to improved memory combined with understanding and hence to higher I.Q. scores.

The exercises from which Silva's techniques evolved called for relaxed concentration and vivid mental visualization and ways of reaching lower levels. He believed that these levels proved more effective in learning than the fully awake, or beta wave, level. The proof for Silva was that in the three-year period that he worked with his children to develop his techniques, their grades in school sharply improved.

Silva's first reported experience with ESP (normally standing for extrasensory perception, but Silva preferred to call it effective sensory perception) occurred one evening in 1953, while his daughter was in her "alpha level." Silva was questioning his daughter about her school work, and as she answered each question, he framed the next in his mind, before verbally asking the question. Silva reported that his daughter began to give the answers to the questions he was forming in his mind before he verbalized them.

In this period, ESP was becoming a subject of scientific inquiry, largely through the published work of Dr. J. B. Rhine of Duke University. Silva wrote to Rhine to report that he had trained his daughter to practice ESP. In his response, Rhine pointed out that Silva's daughter may have been psychic before the training, and that he had not pretested her. Silva then worked to reproduce his results, and over the next ten years he trained thirty-nine Laredo residents, both children and adults, and continued to refine his process. He believed that he had developed a method to teach anyone to use ESP.

Silva's original ESP training method took 40 to 48 hours to complete. The method as currently promoted has been reduced to 18 to 20 hours through an apparent refinement of technique. Contemporary reports suggest as little as 12 to 14 hours is required by especially able practitioners.

Silva wrote a book, You the Healer, on how to use the Silva Mind Control Method to heal yourself and others. He also started the Ecumenical Society of Psychorientology Inc. to protect users from allegations of practicing medicine without a license.

A New York Times article on April 16, 1972 ("Can Man Control His Mind") reported that a Trinity University study showed that students trained in Mind Control did attain a high degree of Alpha level production. It also noted that C. W. Post College and Canisius College would offer courses in Silva's methods.

Silva died peacefully in February 1999, aged 84. The Silva UltraMind ESP System was his final creation and was completed shortly before he died.