The genus Drosera was divided in 1994 by Seine & Barthlott into three subgenera and 11 sections on the basis of morphological characteristics.

Discovery and description of new species has been occurring since the 10th century, and as recently as the 1940s barely more than 80 species were known. In recent years, Australian Allen Lowrie has done extensive work in the genus, particularly in describing numerous new species from Australia . His classification of the genus was replaced by Jan Schlauer's work in 1996, although the correct classification is still disputed. 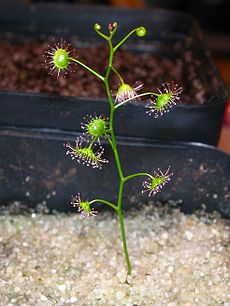 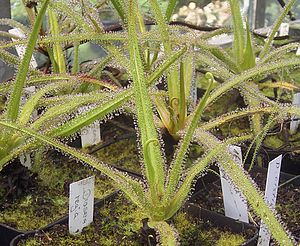