A vulnerable species is a species which has been categorized by the International Union for Conservation of Nature that is threatened with extinction unless the circumstances that are threatening its survival and reproduction improve.

Vulnerability is mainly caused by habitat loss or destruction of the species' home. Vulnerable habitat or species are monitored and can become increasingly threatened. Some species listed as "vulnerable" may be common in captivity, an example being the military macaw.

There are currently 5196 animals and 6789 plants classified as vulnerable, compared with 1998 levels of 2815 and 3222, respectively.[1] Practices such as Cryoconservation of animal genetic resources have been enforced in efforts to conserve vulnerable breeds of livestock specifically. 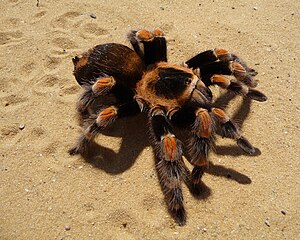 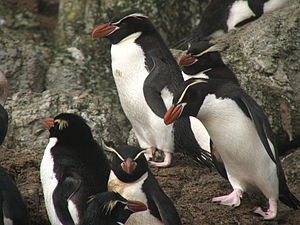 The International Union for Conservation of Nature uses several criteria to enter species in this category. A taxon is Vulnerable when it is not critically endangered or Endangered but is facing a high risk of extinction in the wild in the medium-term future, as defined by any of the following criteria (A to E):

A) Population reduction in the form of either of the following:

C) Population estimated to number fewer than 10,000 mature individuals and either:

D) Population very small or restricted in the form of either of the following:

E) Quantitative analysis showing the probability of extinction in the wild is at least 10% within 100 years.