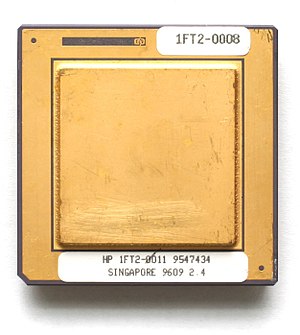 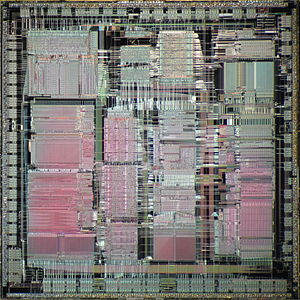 The PA-7100LC was based on the PA-7100. Major improvements were improved superscalar execution and an extra integer unit. The PA-7100LC also implemented architectural improvements including the MAX-1 multimedia instructions, uncacheable memory pages, and bi-endian support. Superscalar execution was improved by adding the extra integer unit and modifying the control logic so that two integer instructions, two load-store units, or an integer and a load-store can be issued in one cycle in addition to the existing instruction combinations supported by the PA-7100.

A number of modifications were made to circuits derived from the PA-7100LC. Prominently, the floating-point unit multiplier was modified to take up less area by halving the tree of carry-save adders that summed the partial products of the mantissa. This simplification left the latency of single precision multiplies unchanged (two cycles), but increased the latency of double precision multiplies to three cycles. The performance loss was deemed acceptable as the PA-7100LC was designed for mid-range multimedia workstations where single-precision multiplies are more prevalent. Integrated on-die to lower costs is a memory controller that supports up to 2 GB of memory and an I/O controller.

The organization of the caches is different from that of most HP-designed PA-RISC CPUs. The large external instruction and data caches have been replaced by an on-die instruction cache with a 1 KB capacity and a large external 8 KB to 2 MB cache. The external cache is unified, containing both instructions and data. 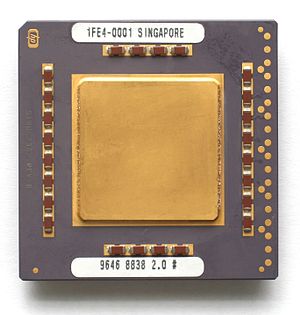 The PA-7300LC was a further development of the PA-7100LC. It was introduced in mid-1996 as a low-end to mid-range microprocessor complementing the high-end PA-8000 in HP's workstations and servers. The PA-7300LC integrates an improved PA-7100LC, 64 KB instruction and data caches, L2 cache controller, memory controller and a GSC bus controller onto a single chip. It was the first PA-RISC microprocessor to include any significant amount of on-chip cache. The L2 unified cache was optional and could be protected by parity. It could be built from register-to-register, flow-through or asynchronous SRAM.