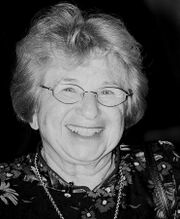 A "celebrity doctor" is a medical professional noted for appearances on television, the internet and social media, books, and speaking engagements.[1][2]

On Dr Oz in 2016
"He's operating both as an M.D., somebody who's on the faculty at Columbia University, one of the most respected universities in the world, and at the same time is operating as essentially a businessman and an entertainer. And he's delivering non-fact-based, non-evidence-based medical advice. I mean that is the definition of quackery.

...I think he has changed the balance of his presentation on the show and probably deserves some credit for that, but that doesn't change the inherent conflict."

For many years, doctors such as Everett Koop, Benjamin Spock, and Ruth Westheimer (Dr. Ruth) gave advice on the radio, on television, and in books.[1]

With the growth of the internet and social media, medical professionals had more places to reach the public, especially with messages alternative to mainstream medical advice.[1][4][5]

Celebrity doctors are part of a "healthcare–media complex" that constantly seeks new attention of consumers in the 24-hour news cycle with catchy content about health in order to achieve and maintain high rankings, which media channels can then monetize.[2] There is a conflict between their roles and responsibilities as medical doctors, and their roles as business people and entertainers.[3][6][7]

Consumers generally trust that the content they receive from celebrity doctors is valid due to their credentials and their fame. Content may be exaggerated and simplified by the need to gain and keep the public's attention, and is often general and may not be applicable to an individual receiving the content.[1][2][4][8] The problem of conflicts of interest becomes especially acute if a celebrity doctor endorses some specific product or approach to health when they deliver content about health, and also sells related products.[4][9][10][11] Sometimes the content is dangerous because people who are sick waste time following poor or irrelevant advice and their illness advances and becomes more difficult to manage.[4]

Robert Atkins and Arthur Agatston are examples of celebrity doctors who have created and promoted fad diets.[20]

Celebrity doctors based outside the US include Ginni Mansberg (Australia);[21] Eriko Wakisaka (Japan);[22] and Hayden Kho (Philippines).[23]

Several doctors from the UK have presented on the medical reality television show Embarrassing Bodies (which has been praised for its service to public health while remaining popular)[24][25] and have become celebrities, including Pixie McKenna,[26] Dawn Harper,[27] and Christian Jessen.[28][29]