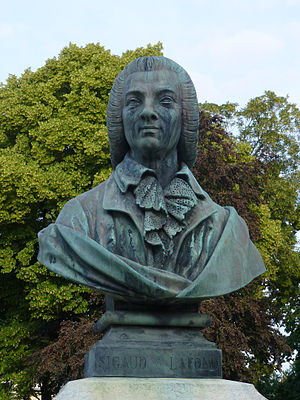 While pursuing a medical career as an obstetrician, he was one of the most faithful attendants of the lectures by the abbot Jean-Antoine Nollet (1700–1770), whom he succeeded, in 1760, in the chair of experimental physics at the Collège Louis le Grand in Paris . In 1795, he became a professor of physics and chemistry at the École Centrale. His treatise Description et usage d'un cabinet de physique (Paris, 1775) is a compendium of the experimental physics of his time.[1][2] He was a student of Jean Antoine Nollet.[3]