Studenthuset on Campus Valla opened in 2019. It contains the library, student services and many study areas. 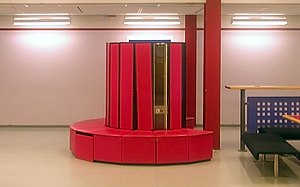 A retired Cray X-MP/416 supercomputer was used as a bench in one of the buildings on Campus Valla until 2015. It is now in the northeast foyer of the B building. 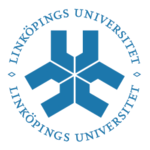 The origins of Linköping University date back to the 1960s. In 1965, The Swedish National Legislative Assembly (Riksdag) decided to locate some programmes within the fields of technology and medicine to Linköping. In 1967 a branch of Stockholm University was placed in Linköping, offering education within humanities, social sciences and natural sciences. Two years later a unit for medical training and the Institute of Technology were established. In 1970 all activities were brought together in three faculties within the Linköping University College: the Faculty of Arts and Sciences, the Faculty of Medicine and the Institute of Technology. Linköping University was established in 1975.

In 1977 former teacher training colleges in Linköping and Norrköping were transferred to Linköping University and in 1986 the Faculty of Health Sciences was formed, based on the faculty of medicine and regional funded education in health care professions. In 1997 a campus was opened in the neighbouring city of Norrköping. The renowned Carl Malmsten School of Furniture (Malmstens Linköping University) has been part of Linköping University since 2000. After almost 60 years at the city centre, the school moved into new premises on the outskirts of Stockholm in 2009.[10]

In June 2017 the gender studies faculty arranged a workshop where humans could speed date plants and do yoga.[11][12][13]

Linköping University pursues research and postgraduate studies within the fields of technology, medicine, and humanities, natural, educational, social and behavioural sciences. It is particularly noted for its openness to multidisciplinary research and, in 1980, was the first Swedish university to introduce interdisciplinary thematic research at the Faculty of Arts and Sciences, and a cross-subject, interdisciplinary perspective in graduate schools for PhD students.[14]

Linköping University offers education at the basic and advanced levels via 120 study programmes, 550 single-subject courses and specialised as well as interdisciplinary postgraduate studies. A large number of the degree programmes lead to qualified professional degrees in fields such as medicine, business and economics, teacher education and engineering. Many of the programmes are interdisciplinary, combining for example industrial management and engineering, medicine and engineering, or integrating economics, law and languages.[16] In 1986 the Faculty of Health Sciences became the first faculty in Sweden to put problem-based learning into practice within medical training and health-care programmes. In 2007, the Medical Programme and the Department of Electrical Engineering, Control systems were recognised as Centres of Excellence in Higher Education by the Swedish National Agency for Higher Education. The recognition was based on a thorough quality assessment by a panel of experts.[17]

Education and research are conducted at three campuses in the cities of Linköping and Norrköping, situated approximately 200-160 kilometres south of Stockholm, and a fourth campus in Lidingö, Stockholm.[18]