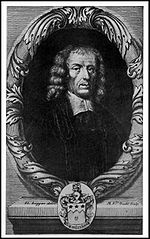 The Cambridge Platonists were a group of theologians and philosophers at the University of Cambridge in the middle of the 17th century. The leading figures were Ralph Cudworth, Nathaniel Culverwell, Benjamin Whichcote, and Henry More.[1]

Group and its name

Mark Goldie, writing in the Oxford Dictionary of National Biography, notes that the term "Cambridge Platonists" was given in the 19th century and can be misleading. There is no clear distinction between the group and latitudinarians in general.

The categorization and interpretation of the Cambridge Platonists has changed over time. Frances Yates interpreted them as scholars who engaged with the Christian Kabbalah but rejected Hermeticism following Isaac Casaubon's redating of the Hermetic corpus.[2] She argues that Cudsworth and More perpetuate certain Renaissance Neoplatonic ideas, including a broad syncretism of early forms of Hermeticism, in a new scholarly context.[2]

More recently, David Leech has argued that while Levitin makes some important points "it would be a mistake to assume that the category of Cambridge Platonism is a retroprojection of nineteenth century historiography. This is because earlier practices of referring to a group of primarily Cambridge-based ‘Platonists’, invariably including Ralph Cudworth (1617–88) and Henry More (1614-87), usually Benjamin Whichcote (1609–83), and (more variably) a number of other key figures, can be traced back at least to the 1730s in continental Europe, and still earlier in English texts."[6]

The Cambridge Platonists used the framework of the philosophia perennis of Agostino Steuco, and from it argued for moderation.[7] They believed that reason is the proper judge of disagreements, and so they advocated dialogue between the Puritan and Laudian traditions. The orthodox English Calvinists of the time found in their views an insidious attack, by-passing as it did the basic theological issues of atonement and justification by faith. Given the circle's Cambridge background in Puritan colleges such as Sidney Sussex College, Cambridge and Emmanuel College, Cambridge, the undermining was intellectually all the more effective. John Bunyan complained in those terms about Edward Fowler, a close latitudinarian follower.[8][need quotation to verify]

Their understanding of reason was as "the candle of the Lord": an echo of the divine within the human soul and an imprint of God within man. They believed that reason could judge the private revelations of Puritan narrative, and investigate contested rituals and liturgy of the Church of England. For this approach they were called "latitudinarian".

The dogmatism of the Puritan divines, with their anti-rationalist demands, was, they felt, incorrect. They also felt that the Calvinist insistence on individual revelation left God uninvolved with the majority of mankind. At the same time, they were reacting against the reductive materialist writings of Thomas Hobbes. They felt that the latter, while rationalist, were denying the idealistic[clarification needed] part of the universe.

To the Cambridge Platonists, religion and reason were in harmony, and reality was known not by physical sensation alone, but by intuition of the intelligible forms that exist behind the material world of everyday perception. Universal, ideal forms inform matter, and the physical senses are unreliable guides to their reality. In response to the mechanical philosophy, More proposed a "Hylarchic Principle", and Cudworth a concept of "Plastic Nature".[7][need quotation to verify]

Though coming later and not generally considered a Cambridge Platonist himself, Anthony Ashley Cooper, 3rd Earl of Shaftesbury (1671–1713) was much influenced by the movement.