Bruntál (Czech pronunciation: [ˈbruntaːl]; German: Freudenthal in Schlesien, Latin: Vallis Gaudiorum, Vrudental) is a town in the Moravian-Silesian Region of the Czech Republic. It has about 16,000 inhabitants. It is located in the historical region of Czech Silesia. A suitable position in the middle of the Jeseníky Mountains provides ample tourism opportunities to the town, which offers sites of cultural interest that include a Baroque castle and many historical buildings.

Bruntál belongs to the Bohemian Massif which is the salient geological feature in the Czech Republic. Bruntál lies in the Moravian-Silesian Unit, which is a preplatform unit formed at the end of the Variscan orogeny (Hercynian orogeny). Bruntál is a part of the region that consists mainly of sedimentary rocks formed during the Mississippian Epoch of the Carboniferous period. In terms of Czech geology, this geologic period is called kulm. The mentioned region stretches from Brno to Krnov.

The main geological formations distributed across the town and its surroundings are turbidites. The most common rock in the area is slate. In the west of the town slate enriched by apatite and zircon can be found. In the east of the town lighter forms of slate occur. Fluvial sands and rubble together with deluvial sediments of clay and sand origin lie along the rivers and creeks. Eluvial sediments prevail in the west part of the town.

The most remarkable geological site in the vicinity of the town is Uhlířský vrch. Uhlířský vrch is a stratovolcano (compositive volcano) formed by both explosive and effusive eruptions, and is thus composed of pyroclastic rocks, of which 40–80% consist of lapilli, 10–50% consist of volcanic bombs and the rest, volcanic ash.[3] In addition, it is easy to encounter metamorphic xenoliths dating back to the Mississippian Epoch of the Carboniferous period. The colors of the pyroclastic rocks vary from brown to yellow. The older effusive eruptions resulted in the creation of nepheline basalt and nephelinite. The effusive phase is approximately 2.4 ± 0.5 million years old[3] and therefore it dates back to the Pliocene (also called Pleiocene) and Pleistocene Epochs.

According to the Uničov Charter issued by Czech king Ottokar I of Bohemia in 1223, Bruntál was founded by Moravian Margrave, Vladislaus Henry in 1213, and granted Magdeburg rights. Being the first city in Czech lands to be granted Magdeburg rights, Bruntál was an appellate court for all cities endowed with Magdeburg rights in Northern Moravia (including Olomouc and Opava) until 1352.[4][5] The reasons behind the founding of the city probably included utilising mineral ore deposits in the region, as well as thwarting colonization by the Bishops of Wrocław (Breslau).[6]

Bruntál was owned by various branches of the Přemyslid Dynasty (namely, the Margraves of Moravia, the Dukes of Opava (Troppau), and the Dukes of Krnov (Jägerndorf)) almost continuously from 1213 to 1474. During the war between the Kingdom of Bohemia and the Kingdom of Hungary Bruntál was occupied by the armed forces of Matthias Corvinus who, as a pledgor, gave the town as a pledge to his supporter, Johann von Würben (Jan of Vrbno). Despite being only a possessor of the town, Johann von Würben started to style himself von Würben und Freudenthal (of Vrbno and Bruntál) from 1476 onwards.[7]

Sons of Jan of Vrbno and Bruntál (Bernard, Hynek, and Mikuláš) managed to secure an allodial title (ownership) to the town together with neighbouring villages and mines from the Dukes of Krnov in 1506. These Lords of Vrbno and Bruntál were steadily stripping the town of its privileges and forced local inhabitants into corvée labour and religious conversion to Lutheranism. These encroachments upon town privileges and the liberties of its citizens resulted in an unsuccessful rebellion against Jan the Elder of Vrbno and Bruntál (Johann der Ältere von Würben und Freudenthal) in 1556.

Despite political decline Bruntál's economy flourished under the reigns of the Lords of Vrbno and Bruntál. The Market town status of Bruntál was strengthened by the emergence of new guilds, together with entitlements granted by Ferdinand II, Archduke of Austria in 1535 and 1558, and by Rudolf II, Holy Roman Emperor in 1577 to host several markets each year.[7]

The expanded mining industry, backed by the Lords of Würbenthal, led to the founding of several neighbouring towns, for example Andělská Hora about 1550, and Vrbno pod Pradědem in 1611. Additionally, many other kinds of industry intensified at this time, like the smitheries built at Suchá Rudná (1405) and Mezina (1567), and seven timber mills in 1579. In May 1617 Bruntál was bought by the last Lord of Vrbno, John IV of Vrbno, who joined the Uprising of the Estates and was awarded the rank of Director in 1619. His close ties to the "Winter King" Frederick V, Elector Palatine, who was John's guest in February 1620, left him in very dangerous circumstances at the outcome of the Battle of White Mountain in 1620, when he was forced to leave his Freudenthal property and escape from the country. The emperor Ferdinand II (1619–1637) confiscated the Bruntál domain and gave it to his brother, Karl I of Austria (1619–1624) who was the Grand Master (Hochmeister) of the Teutonic Order.

The Freudenthal domain, together with other properties of the Teutonic Order, was under the direct administration of the Grand Master, and a lieutenancy was established in 1625. The Thirty Years' War damaged the town considerably, and after that conflict Freudenthal never returned to its former importance. During the 18th century several disasters befell the town, such as the plagues of 1714 and 1739, and the great fires of 1748 and 1764. Nevertheless, many new baroque buildings were built during this period and a new post office was established in 1748. Signs of intensified industry could be seen in Freudenthal during the 19th century: in textiles, Bruntál was among the most important towns in Silesia. In 1885, a public hospital was opened, the first in Czech Silesia, and many new high schools were established during the second half of the 19th century. During the Austro-Prussian War in 1866, Freudenthal was occupied by the Prussian Army, and Freudenthal Castle served as a hospital for soldiers.

According to the Austrian census of 1910 the town had 8,066 inhabitants, 7,965 of whom had permanent residence there. The census asked people for their native language: 7,939 (99.7%) were German-speaking. Jews were not allowed to declare Yiddish as their native language, thus most of them professed the German language. The most populous religious group was the Roman Catholics with 7,725 (95.8%), followed by the Protestants with 229 (2.8%), and the Jews with 97 (1.2%).[8]

Until 1918, 'Freudenthal In Schlesien' was part of the domains of the Austrian monarchy (after the compromise of 1867), in a district by the same name, one of the eight Bezirkshauptmannschaften in Austrian Silesia.[9] The name 'Freudenthal' was used until at least 1873.[10]

After World War I, a German-led uprising took place in Bruntál, suppressed by the Czech Army in December 1918. Between 1919 and 1924, the land-possessions of the Teutonic Order in Bruntál were put under state administration. In the First Republic of Czechoslovakia, Bruntál had a significant number of German inhabitants and only a very small Czech population. Not surprisingly, German nationalism gained many sympathizers among German inhabitants of Bruntál, which was reflected in an attempted uprising in September 1938. After signing the Munich Agreement on September 29, 1938, Bruntál was occupied by German troops. From 1938 to 1945 it was one of the municipalities in Sudetenland. It was liberated by the Soviet army (Red Army) on May 7, 1945. In 1946 the lands of the Teutonic Order were confiscated in accordance with the Decree of the President Edvard Beneš and transferred to the Czechoslovak Republic. As was the case in most of the former Czechoslovakia, the German population was forcibly expelled.

The first appearance of Bruntal coat of arms is dated back to 1287 when the coat of arms containing a charge of a miner was published as a part of a document. The charge depicts a miner to commemorate mining in surroundings of Bruntal. Also the adit placed in the rock follows the same purpose. This mining took a place from the 13th to the 17th century. Gold, silver and iron ores were mined in surroundings of Bruntal. The valley is a result of an original German name of Bruntal which is Freudenthal and where the second part of the name “thal” means “a valley” in German.

There are 5 preschools, 6 primary schools, and 6 high schools and a consultation centre of the Business School Ostrava (which is a private college). In addition, children with intellectual disability are provided their compulsory education in a special primary school (in Czech terminology called Special Elementary School and Practical Elementary School).

Art education in Bruntál is addressed by Art Elementary School offering both music and visual arts education. However this kind of school does not substitute for compulsory primary school or high school and therefore children interested in arts are offered education apart of their primary and high school attendance.

Another educational facility is the Leisure Time Centre. This facility is aimed at providing various leisure activities for children (6–15 years), young people (15–18), and adults of all ages. Understandably, attendance to this type of educational facility is entirely optional. The current sorts of activities offered by the Leisure Time Centre vary from sports (belly dancing, volleyball, gymnastics, etc.) to fine arts (pottery, playing various musical instruments). 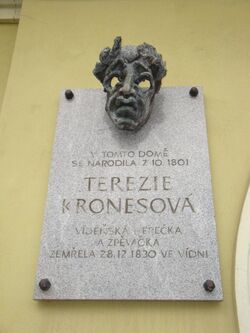