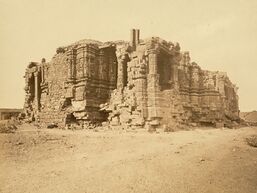 Mere statements which are contrary to one's beliefs do not constitute intolerance. Religious intolerance, rather, occurs when a group (e.g., a society, a religious group, a non-religious group) specifically refuses to tolerate one's practices, persons or beliefs on religious grounds.

The intolerance, and even the active persecution of religious minorities (sometimes religious majorities as in modern Bahrain or the Pre-Dutch Indonesian kingdoms), has a long history. Not one region of Earth has been spared from having a past which was filled with religious intolerance. Almost all religions have historically faced persecution at some point as well as enacted persecution of other viewpoints.

The modern concept of religious tolerance developed out of the European wars of religion, more specifically out of the Peace of Westphalia which ended the 30 Years War (1618 - 1648), during the Protestant Reformation and the ensuing conflicts between Protestants and Catholics in the 16th, 17th and 18th centuries. The doctrine of 'religious toleration' was established as a result of the 30 Years War between the Catholic Hapsburgs and newly Protestant nations like Sweden under Gustavus Adolphus. At this time, rulers sought to eradicate religious sentiments and dogmas from their political demesnes. The 1648 Treaty gave nations the right of sovereignty and it also allowed minority Christian denominations to exist within the Holy Roman Empire.[1]

According to the early 20th century British historian Arnold Toynbee, for a religious establishment to persecute another religion for being "wrong" ironically puts the persecuting religion in the wrong, undermining its own legitimacy.[2] 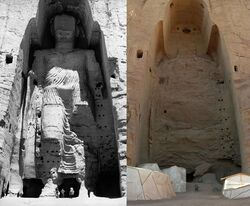 Other states, whilst not containing constitutional provisions which are directly related to religion, nonetheless contain provisions which forbid discrimination on religious grounds (see, for example, Article 1 of the Constitution of France, article 15 of the Canadian Charter of Rights and Freedoms and article 40 of the Constitution of Egypt). These constitutional provisions do not necessarily guarantee that all elements of the state remain free from religious intolerance at all times, and practice can vary widely from country to country. 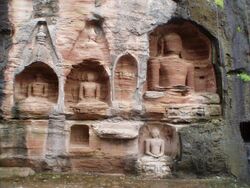 Other countries, meanwhile, may allow for religious preference, for instance through the establishment of one or more state religions, but not for religious intolerance. Finland , for example, has the Evangelical Lutheran Church of Finland and Finnish Orthodox Church as its official state religions, yet upholds the right of free expression of religion in article 11 of its constitution.

Some countries retain laws which forbid the defamation of religious beliefs. Some constitutions retain laws which forbid all forms of blasphemy (e.g., Germany where, in 2006, Manfred van H. was convicted of blasphemy against Islam).[6] This is seen by some as official endorsement of religious intolerance, amounting to the criminalization of religious views. The connection between intolerance and blasphemy laws is closest when the laws apply to only one religion. In Pakistan blasphemy directed against either the tenets of the Qur'an or the Prophet Mohammed is punishable by either life imprisonment or death. Apostasy, the rejection of one's old religion, is also criminalized in a number of countries, notably Afghanistan with Abdul Rahman being the first to face the death penalty for converting to Christianity. File:Hate Hurts Wales - Portrayal of Religious Hate Crime.webm

The United Nations upholds the right to freely express one's religious beliefs, as listed in the UN's charter, and additionally in articles 2 and 18 of the Universal Declaration of Human Rights. Article 2 forbids discrimination based on religious grounds. Article 18 protects the freedom to change one's religion. As a treaty, not a declaration, is legally binding, the signing of the human rights declaration is a public pledge of commitment.[clarification needed] Out of a desire to avoid subservience to an international court, the United States chose in 1998 to pass the International Religious Freedom Act, creating the Commission on International Religious Freedom, and mandating that the United States government take action against any country found to violate the religious freedoms outlined in the Universal Declaration of Human Rights.[7] Human Rights Council in 2011 adopted Resolution 16/18 on "Combating intolerance, negative stereotyping and stigmatization of, and discrimination, incitement to violence and violence against, persons based on religion or belief"[8] which was hailed by stakeholders from all regions and faiths as a turning point in international efforts to confront religious intolerance.[9] The European Convention on Human Rights, which is legally binding on all European Union states (following the passage of the Human Rights Act 1998 in the United Kingdom ), makes restricting the rights of an individual to practice or change their religion illegal in article 9, and discrimination on the basis of religion illegal in article 14.

Within those countries that openly advocate religious tolerance there remain debates as to the limits of tolerance. Some individuals and religious groups, for example, retain beliefs or practices which involve acts contrary to established law, such as the use of cannabis by members of the Rastafari movement, the religious use of eagle feathers by non-Native Americans (contrary to the eagle feather law, 50 CFR 22), or the practice of polygamy amongst the LDS Church in the 19th century.[12]

Religious freedom has developed partly due to the agreeable relationship between religious groups in its society. Several non-governmental organizations promoted tolerance and better understanding among religions in the country, both indigenous and non-indigenous. These groups included the Columbian Centre for Christian-Muslim Relations, the National Council of Churches in Australia and its affiliated Aboriginal and Islander Commission, and the Australian Council of Christians and Jews. In Victoria, Australia the Racial and Religious Tolerance Act 2001 makes illegal "conduct that incites hatred against, serious contempt for, or revulsion or severe ridicule of, that other person or class of persons" on the grounds of religious belief.[13]

In 2003, in response to an increase in anti-Islamic sentiment, the HREOC undertook a project involving national consultations on eliminating prejudice against Arab and Muslim citizens. As part of the consultations, the commission considered whether Muslim citizens shared an ethnic origin or race, as well as a religion, which would entitle them to comprehensive protection under the Federal Race Discrimination Act. The commission's report, made public in June 2004, contained no findings on the racial status of Arab and Muslim citizens. In January 2005 the leader of the neo-Nazi Australian Nationalist Movement was connected to incidents in 2004 in which several Asian-owned businesses and a synagogue in Perth were firebombed or sprayed with racist graffiti. On December 11, 2005, there was a riot in the Sydney suburb of Cronulla, that erupted because a group of Lebanese-Australian youths had assaulted two lifeguards.[14] Demonstrators against the assault displayed anti-Arab and anti-Muslim slogans. When the gathering turned violent, bystanders perceived to be of Middle Eastern origin or Muslim were attacked. The following day, retaliatory vandalism and other assaults were reported around Sydney.[15]