The Total Carbon Column Observing Network (TCCON) is a global network of instruments that measure the amount of carbon dioxide, methane, carbon monoxide, nitrous oxide and other trace gases in the Earth's atmosphere. The TCCON (/ˈtiːkɒn/ TEE-kon) began in 2004 with the installation of the first instrument in Park Falls, Wisconsin, USA, and has since grown to 23 operational instruments worldwide, with 7 former sites.[1] The TCCON is designed to investigate several things, including the flow (or flux) of carbon between the atmosphere, land, and ocean (the so-called carbon budget or carbon cycle). This is achieved by measuring the atmospheric mass of carbon (the airborne fraction). The TCCON measurements have improved the scientific community's understanding of the carbon cycle,[2][3] and urban greenhouse gas emissions.[4] The TCCON supports several satellite instruments by providing an independent measurement to compare (or validate) the satellite measurements of the atmosphere over the TCCON site locations.[5][6] The TCCON provides the primary measurement validation dataset for the Orbiting Carbon Observatory (OCO-2) mission,[7] and has been used to validate other space-based measurements of carbon dioxide.

The first annual TCCON meeting was in San Francisco, California in 2005. Every year a meeting is held in a location that rotates between North America, the Western Pacific, and Europe hosted by a participating institution. In 2015 the meeting was held at the University of Toronto.[8]

Cartoon oversimplification of column gas measurements by TCCON & satellite. O2 & the gas of interest are measured & ratioed for a column averaged amount.

The main instrument at each TCCON site is a Bruker IFS 125HR (HR for high resolution, ~0.02 cm−1) or occasionally 120HR Fourier transform spectrometer. Sunlight is directed into the spectrometer by solar tracking mirrors and other optics. The spectrometers measure the absorption of direct sunlight by atmospheric trace gases primarily in the near infrared region. This remote sensing technique produces a precise and accurate measurement of the total column abundance of the trace gas. The main limitation to this technique is that measurements can not be recorded when it is not sunny (i.e. there are no measurements available at nighttime or when there is heavy cloud cover).[9]

Current TCCON sites are located in the United States , Canada , Germany , Poland , France , Japan , Australia , New Zealand , South Korea , Réunion, and Ascension Island.[1] A former site was in Brazil . Sites can change when an instrument needs to be moved to a new location.

New sites are admitted into the network when site investigators demonstrate required hardware, and data processing ability. Uniformity is maintained across the network by using the same FTS model and the same retrieval software. GGG is the software of the TCCON.[1] It includes the I2S (interferogram to spectrum) FFT, and GFIT spectral fitting subroutines. GFIT is also the fitting algorithm that was used for ATMOS which flew on the Space Shuttle,[10] and is used for spectral fitting of spectra obtained by a balloon borne spectrometer.[11] 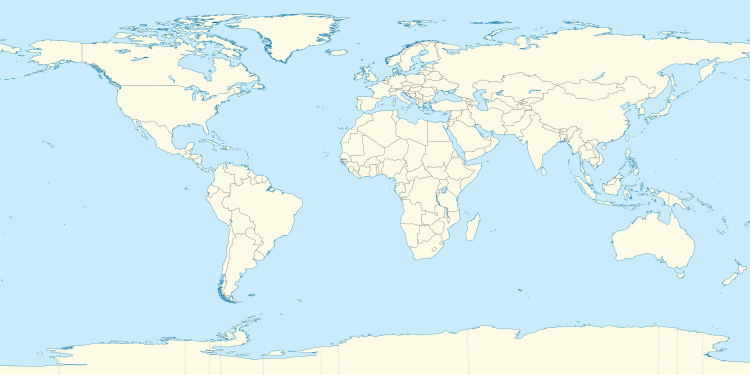 Highlights of Data Use

Data from each site is processed by the investigators that head that particular site. Atmospheric abundances of gases are uploaded and saved in uniform formats and data are hosted at Caltech with the Caltech Library and are available from http://tccondata.org. Data are made publicly available provided the data license is followed.[12]

Data have been used for a variety of analyses. Some of these include

The satellite missions supported by the TCCON include the Greenhouse Gases Observing Satellite (GOSAT),[23][24][25] SCIAMACHY,[26] and the Orbiting Carbon Observatory-2 (OCO-2).[7]