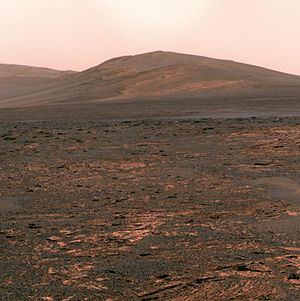 North of Solander looking south onto it

Solander Point is at the north end of the west-southwestern ridgeline of Endeavour crater on the planet Mars. It is named after the Swedish scientist Daniel Solander, who was the first university-educated scientist to set foot on Australian soil at Botany Bay in 1770.

Solander Point was visited in 2013 by the Mars Exploration Rover-B Opportunity, a robotic rover that was active on Mars from 2004-2018. [1]

By early July 2013 Opportunity was approaching it from the North, after previously examining outcrops on the northwest edge of the crater, north of Solander.[2] The rover drove south from Cape York through Botany Bay to travel to Solander.[3] By July 2, 2013, it was about half-way there.[3] The area was imaged from Martian orbit by HiRISE on July 8, 2013, data which aids the rover team in understanding the terrain and planning rover traverses.[4] The rover has been making good time on its approach to Solander, giving the opportunity to investigate a curious area of terrain in the crater.[5][6] At the start of August, the rover was less than 100 meters (328 ft) from Solander,[7] and arrived at its base in the following days.[8] Its arrival signaled the availability of a northward facing slope, useful for angling to collect more sunlight during the Martian winter.[8] In October and November 2013, the rover climbed up the north end of Solander.[9] By December 2013, the rover reached the top of Solander point hill as the 10 year anniversary of its landing on Mars neared.[10] After Solander point Opportunity moved along Murray Ridge, and then south to Cape Tribulation.[11] 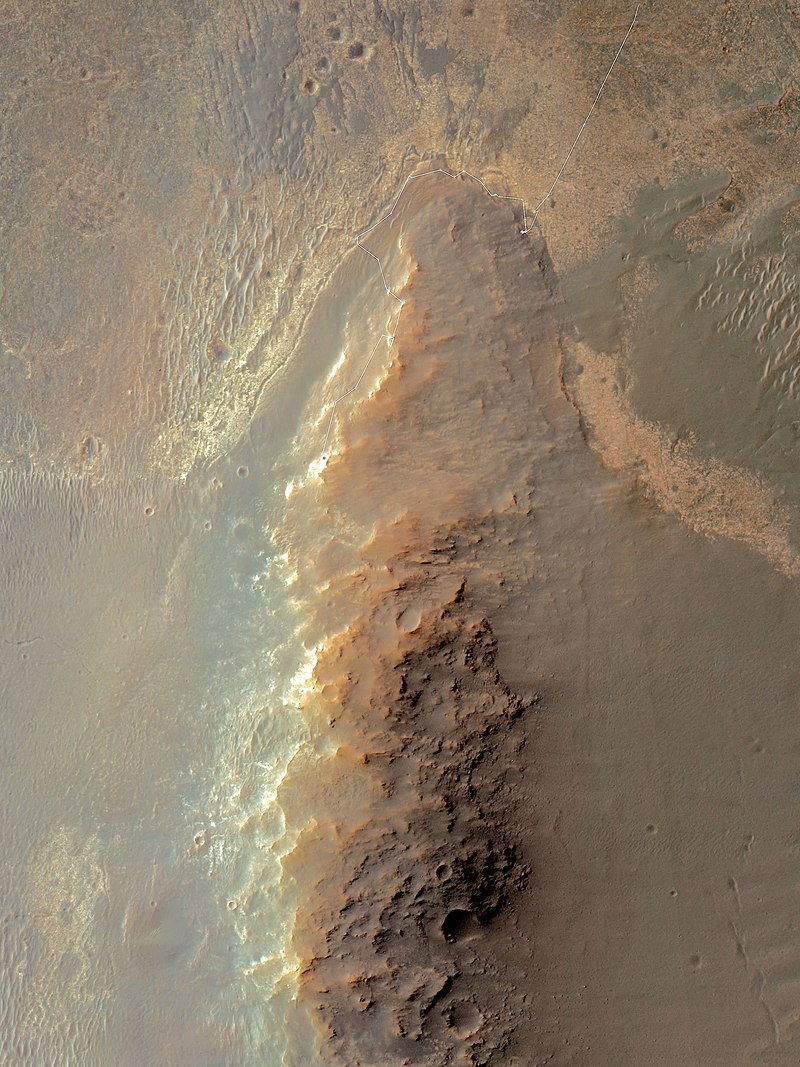 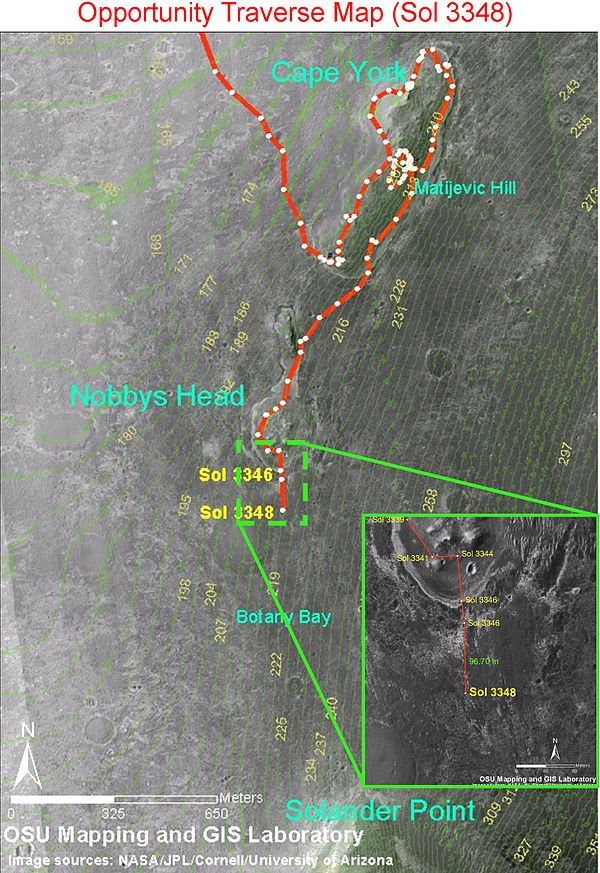 MER-B's arrival and subsequent path around Cape York, and finally its departure as it headed south into Botany Bay towards Solander Point

A different view of its path towards Solander

MER-B's path to Solander Point, and then down along Murray Ridge. (Up to February 2014)

Solander Point is a location on the Western Rim of Endeavour crater, shown here in this geological map produced with data from MRO's CRISM instrument

Looking south along the Western rim of Endeavour crater, Solander Point is the start of the ridge on the right

This is a southward uphill view as the rover ascended the mountain in October 2013. It is assembled from NavCam images.[9]