Given an equilateral triangle, the counterclockwise rotation by 120° around the center of the triangle maps every vertex of the triangle to another one. The cyclic group C3 consisting of the rotations by 0°, 120° and 240° acts on the set of the three vertices.

A group action on a (finite-dimensional) vector space is called a representation of the group. It allows one to identifty many groups with subgroups of GL(n, K), the group of the invertible matrices of dimension n over a field K.

The symmetric group Sn acts on any set with n elements by permuting the elements of the set. Although, the group of all permutations of a set depends formally on the set, the concept of group action allows one to consider a single group for studying the permutations of all sets with the same cardinality.

If G is a group and X is a set, then a (left) group action [math]\displaystyle{ \varphi }[/math] of G on X is a function

that satisfies the following two axioms:[1]

From these two axioms, it follows that for every g in G, the function which maps x in X to [math]\displaystyle{ \varphi(g, x) }[/math] is a bijective map from X to X (its inverse being the function which maps x to [math]\displaystyle{ \varphi(g^{-1}, x) }[/math]). Therefore, one may alternatively define a group action of G on X as a group homomorphism from G into the symmetric group Sym(X) of all bijections from X to X.[2]

When there is a natural correspondence between the set of group elements and the set of space transformations, a group can be interpreted as acting on the space in a canonical way. For example, the symmetric group of a finite set consists of all bijective transformations of that set; thus, applying any element of the permutation group to an element of the set will produce another (not necessarily distinct) element of the set. More generally, symmetry groups such as the homeomorphism group of a topological space or the general linear group of a vector space, as well as their subgroups, also admit canonical actions. For other groups, an interpretation of the group in terms of an action may have to be specified, either because the group does not act canonically on any space or because the canonical action is not the action of interest. For example, we can specify an action of the two-element cyclic group C2 = {0, 1} on the finite set {a, b, c} by specifying that 0 (the identity element) sends a ↦ a, b ↦ b, and c ↦ c, and that 1 sends a ↦ b, b ↦ a, and c ↦ c. This action is not canonical.

The action of G on X is called:

Furthermore, if G acts on a topological space X, then the action is: 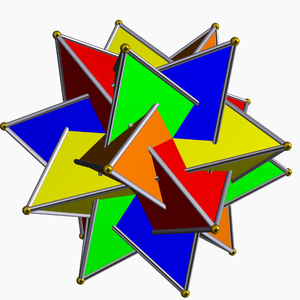 Consider a group G acting on a set X. The orbit of an element x in X is the set of elements in X to which x can be moved by the elements of G. The orbit of x is denoted by G⋅x:

The defining properties of a group guarantee that the set of orbits of (points x in) X under the action of G form a partition of X. The associated equivalence relation is defined by saying x ∼ y if and only if there exists a g in G with g⋅x = y. The orbits are then the equivalence classes under this relation; two elements x and y are equivalent if and only if their orbits are the same, that is, G⋅x = G⋅y.

The group action is transitive if and only if it has exactly one orbit, that is, if there exists x in X with G⋅x = X. This is the case if and only if G⋅x = X for all x in X (given that X is non-empty).

The set of all orbits of X under the action of G is written as X/G (or, less frequently: G\X), and is called the quotient of the action. In geometric situations it may be called the orbit space, while in algebraic situations it may be called the space of coinvariants, and written XG, by contrast with the invariants (fixed points), denoted XG: the coinvariants are a quotient while the invariants are a subset. The coinvariant terminology and notation are used particularly in group cohomology and group homology, which use the same superscript/subscript convention.

If Y is a subset of X, one writes GY for the set {g⋅y : y ∈ Y and g ∈ G}. The subset Y is said invariant under G if G⋅Y = Y (which is equivalent to G⋅Y ⊆ Y). In that case, G also operates on Y by restricting the action to Y. The subset Y is called fixed under G if g⋅y = y for all g in G and all y in Y. Every subset that is fixed under G is also invariant under G, but not conversely.

Every orbit is an invariant subset of X on which G acts transitively. The action of G on X is transitive if and only if all elements are equivalent, meaning that there is only one orbit.

A G-invariant element of X is x ∈ X such that g⋅x = x for all g ∈ G. The set of all such x is denoted XG and called the G-invariants of X. When X is a G-module, XG is the zeroth cohomology group of G with coefficients in X, and the higher cohomology groups are the derived functors of the functor of G-invariants.

Given g in G and x in X with g⋅x = x, one says that "x is a fixed point of g" or that "g fixes x". For every x in X, the stabilizer subgroup of G with respect to x (also called the isotropy group or little group[7]) is the set of all elements in G that fix x:

This is a subgroup of G, though typically not a normal one. The action of G on X is free if and only if all stabilizers are trivial. The kernel N of the homomorphism with the symmetric group, G → Sym(X), is given by the intersection of the stabilizers Gx for all x in X. If N is trivial, the action is said to be faithful (or effective).

Orbits and stabilizers are closely related. For a fixed x in X, consider the map f:G → X given by g ↦ g·x. By definition the image f(G) of this map is the orbit G·x. The condition for two elements to have the same image is

If G is finite then the orbit-stabilizer theorem, together with Lagrange's theorem, gives

Example: Let G be a group of prime order p acting on a set X with k elements. Since each orbit has either 1 or p elements, there are at least [math]\displaystyle{ k \bmod p }[/math] orbits of length 1 which are G-invariant elements.

This result is especially useful since it can be employed for counting arguments (typically in situations where X is finite as well). 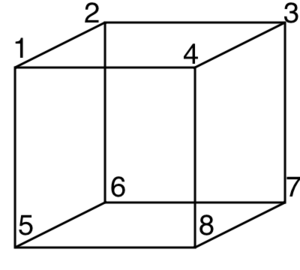 A result closely related to the orbit-stabilizer theorem is Burnside's lemma:

Fixing a group G, the set of formal differences of finite G-sets forms a ring called the Burnside ring of G, where addition corresponds to disjoint union, and multiplication to Cartesian product.

This action groupoid comes with a morphism p: G′ → G which is a covering morphism of groupoids. This allows a relation between such morphisms and covering maps in topology.

Morphisms and isomorphisms between G-sets

The composition of two morphisms is again a morphism. If a morphism f is bijective, then its inverse is also a morphism. In this case f is called an isomorphism, and the two G-sets X and Y are called isomorphic; for all practical purposes, isomorphic G-sets are indistinguishable.

With this notion of morphism, the collection of all G-sets forms a category; this category is a Grothendieck topos (in fact, assuming a classical metalogic, this topos will even be Boolean).

One often considers continuous group actions: the group G is a topological group, X is a topological space, and the map G × X → X is continuous with respect to the product topology of G × X. The space X is also called a G-space in this case. This is indeed a generalization, since every group can be considered a topological group by using the discrete topology. All the concepts introduced above still work in this context, however we define morphisms between G-spaces to be continuous maps compatible with the action of G. The quotient X/G inherits the quotient topology from X, and is called the quotient space of the action. The above statements about isomorphisms for regular, free and transitive actions are no longer valid for continuous group actions.

If X is a regular covering space of another topological space Y, then the action of the deck transformation group on X is properly discontinuous as well as being free. Every free, properly discontinuous action of a group G on a path-connected topological space X arises in this manner: the quotient map X ↦ X/G is a regular covering map, and the deck transformation group is the given action of G on X. Furthermore, if X is simply connected, the fundamental group of X/G will be isomorphic to G.

An action of a group G on a locally compact space X is cocompact if there exists a compact subset A of X such that GA = X. For a properly discontinuous action, cocompactness is equivalent to compactness of the quotient space X/G.

One can also consider actions of monoids on sets, by using the same two axioms as above. This does not define bijective maps and equivalence relations however. See semigroup action.

Instead of actions on sets, one can define actions of groups and monoids on objects of an arbitrary category: start with an object X of some category, and then define an action on X as a monoid homomorphism into the monoid of endomorphisms of X. If X has an underlying set, then all definitions and facts stated above can be carried over. For example, if we take the category of vector spaces, we obtain group representations in this fashion.