21 (twenty-one) is the natural number following 20 and preceding 22.

The current century is the 21st century AD, under the Gregorian calendar.

For retired sports figures who wore this number, see List of retired numbers#21 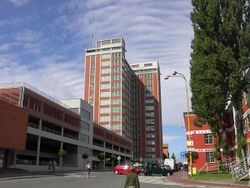 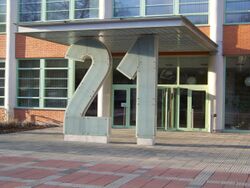 Detail of the building entrance