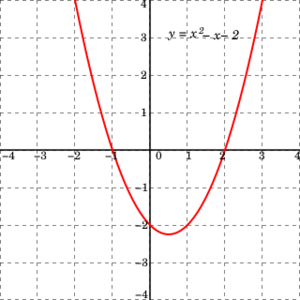 The line of best fit for the bivariate dataset takes the form y = α + βx and is called the regression line. α and β correspond to the intercept and slope, respectively.[9]

From the Economics community, the independent variables are also called exogenous.

An example is provided by the analysis of trend in sea level by (Woodworth 1987). Here the dependent variable (and variable of most interest) was the annual mean sea level at a given location for which a series of yearly values were available. The primary independent variable was time. Use was made of a covariate consisting of yearly values of annual mean atmospheric pressure at sea level. The results showed that inclusion of the covariate allowed improved estimates of the trend against time to be obtained, compared to analyses which omitted the covariate.

Extraneous variables, if included in a regression analysis as independent variables, may aid a researcher with accurate response parameter estimation, prediction, and goodness of fit, but are not of substantive interest to the hypothesis under examination. For example, in a study examining the effect of post-secondary education on lifetime earnings, some extraneous variables might be gender, ethnicity, social class, genetics, intelligence, age, and so forth. A variable is extraneous only when it can be assumed (or shown) to influence the dependent variable. If included in a regression, it can improve the fit of the model. If it is excluded from the regression and if it has a non-zero covariance with one or more of the independent variables of interest, its omission will bias the regression's result for the effect of that independent variable of interest. This effect is called confounding or omitted variable bias; in these situations, design changes and/or controlling for a variable statistical control is necessary.

In modelling, variability that is not covered by the independent variable is designated by [math]\displaystyle{ e_I }[/math] and is known as the "residual", "side effect", "error", "unexplained share", "residual variable", "disturbance", or "tolerance".