Kotlin (/ˈkɒtlɪn/)[3] is a cross-platform, statically typed, general-purpose programming language with type inference. Kotlin is designed to interoperate fully with Java, and the JVM version of Kotlin's standard library depends on the Java Class Library,[4] but type inference allows its syntax to be more concise. Kotlin mainly targets the JVM, but also compiles to JavaScript (e.g., for frontend web applications using React[5]) or native code via LLVM (e.g., for native iOS apps sharing business logic with Android apps).[6] Language development costs are borne by JetBrains, while the Kotlin Foundation protects the Kotlin trademark.[7]

On 7 May 2019, Google announced that the Kotlin programming language is now its preferred language for Android app developers.[8] Since the release of Android Studio 3.0 in October 2017, Kotlin has been included as an alternative to the standard Java compiler. The Android Kotlin compiler produces Java 8 bytecode by default (which runs in any later JVM), but lets the programmer choose to target Java 9 up to 17, for optimization,[9] or allows for more features; has bidirectional record class interoperability support for JVM, introduced in Java 16, considered stable as of Kotlin 1.5. 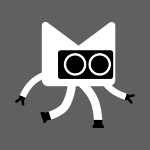 A 2D picture of Kotlin mascot

A 3D picture of Kotlin mascot

In July 2011, JetBrains unveiled Project Kotlin, a new language for the JVM, which had been under development for a year.[12] JetBrains lead Dmitry Jemerov said that most languages did not have the features they were looking for, with the exception of Scala. However, he cited the slow compilation time of Scala as a deficiency.[12] One of the stated goals of Kotlin is to compile as quickly as Java. In February 2012, JetBrains open sourced the project under the Apache 2 license.[13]

The name comes from Kotlin Island, near St. Petersburg. Andrey Breslav mentioned that the team decided to name it after an island, just like Java was named after the Indonesian island of Java[14] (though the programming language Java was perhaps named after the coffee rather than the island).[15]

Kotlin 1.0 was released on February 15, 2016.[17] This is considered to be the first officially stable release and JetBrains has committed to long-term backwards compatibility starting with this version.

Kotlin 1.2 was released on November 28, 2017.[19] Sharing code between JVM and JavaScript platforms feature was newly added to this release (as of version 1.4 multiplatform programming is an alpha feature[20] upgraded from "experimental"). A full-stack demo has been made with the new Kotlin/JS Gradle Plugin.[21][22]

Kotlin 1.3 was released on October 29, 2018, bringing coroutines for asynchronous programming.

On May 7, 2019, Google announced that the Kotlin programming language is now its preferred language for Android app developers.[8]

Kotlin 1.4 was released in August 2020, with e.g. some slight changes to the support for Apple's platforms, i.e. to the Objective-C/Swift interop.[23]

Development lead Andrey Breslav has said that Kotlin is designed to be an industrial-strength object-oriented language, and a "better language" than Java, but still be fully interoperable with Java code, allowing companies to make a gradual migration from Java to Kotlin.[24]

Semicolons are optional as a statement terminator; in most cases a newline is sufficient for the compiler to deduce that the statement has ended.[25]

Kotlin variable declarations and parameter lists have the data type come after the variable name (and with a colon separator), similar to Ada, BASIC, Pascal, TypeScript and Rust. This, according to an article from Roman Elizarov, current project lead, results in alignment of variable names and is more pleasing to eyes especially when there are a few variable declarations in succession and one or more of the types is too complex for type inference or needs to be declared explicitly for human readers to understand.[26][27]

Class members are public by default, and classes themselves are final by default, meaning that creating a derived class is disabled unless the base class is declared with the open keyword.

In addition to the classes and member functions (which are equivalent to methods) of object-oriented programming, Kotlin also supports procedural programming with the use of functions.[29] Kotlin functions and constructors support default arguments, variable-length argument lists, named arguments and overloading by unique signature. Class member functions are virtual, i.e. dispatched based on the runtime type of the object they are called on.

Kotlin 1.3 adds support for contracts,[30] which are stable for the standard library declarations, but still experimental for user-defined declarations. Contracts are inspired by Eiffel's design by contract[31] programming paradigm.

According to Kotlin developers, you can call JavaScript code from Kotlin, e.g. write full, type-safe React applications, or write and maintain full-stack web applications sharing validation logic with the frontend, or you can "generate libraries from your Kotlin code that can be consumed as modules from any code base written in JavaScript or TypeScript".[32]

Kotlin relaxes Java's restriction of allowing static methods and variables to exist only within a class body. Static objects and functions can be defined at the top level of the package without needing a redundant class level. For compatibility with Java, Kotlin provides a JvmName annotation which specifies a class name used when the package is viewed from a Java project. For example, @file:JvmName("JavaClassName").

As in C, C++, C#, Java, and Go, the entry point to a Kotlin program is a function named "main", which may be passed an array containing any command-line arguments. This is optional since Kotlin 1.3.[33] Perl, PHP and Unix shell style string interpolation is supported. Type inference is also supported.

By placing the preceding code in the top-level of a package, the String class is extended to include a lastChar function that was not included in the original definition of the String class.

Similar to Python, the spread operator asterisk (*) unpacks an array's contents as comma-separated arguments to a function:

Destructuring declarations decompose an object into multiple variables at once, e.g. a 2D coordinate object might be destructured into two integers, x and y.

For example, the Map.Entry object supports destructuring to simplify access to its key and value fields:

Kotlin allows local functions to be declared inside of other functions or methods.

Classes are final by default

In Kotlin, to derive a new class from a base class type, the base class needs to be explicitly marked as "open". This is in contrast to most object-oriented languages such as Java where classes are open by default.

Example of a base class that is open to deriving a new subclass from it.

Abstract classes are open by default

Classes are public by default

Kotlin provides the following keywords to restrict visibility for top-level declaration, such as classes, and for class members: public, internal, protected, and private.

When applied to a class member:

When applied to a top-level declaration:

The Sealed classes and interfaces restrict the subclass hierarchies, meaning more control over the inheritance hierarchy.

Declaration of sealed interface and class:

Kotlin's data class construct defines classes whose primary purpose is storing data. This construct is similar to normal classes except that the key functions equals, toString, and hashCode are automatically generated from the class properties. In Java, such classes are expected to provide a standard assortment of functions such as those. Data classes are not required to declare any methods, though each must have at least one property. A data class often is written without a body, though it is possible to give a data class any methods or secondary constructors that are valid for any other class. The data keyword is used before the class keyword to define a data class.[34]

Kotlin as a scripting language

Kotlin can also be used as a scripting language. A script is a Kotlin source file (.kts) with top level executable code.

Scripts can be run by passing the -script option and the corresponding script file to the compiler.

Kotlin makes a distinction between nullable and non-nullable data types. All nullable objects must be declared with a "?" postfix after the type name. Operations on nullable objects need special care from developers: null-check must be performed before using the value. Kotlin provides null-safe operators to help developers:

An example of the use of the safe navigation operator:

Lambdas are declared using braces, { } . If a lambda takes parameters, they are declared within the braces and followed by the -> operator.

When Kotlin was announced as an official Android development language at Google I/O in May 2017, it became the third language fully supported for Android, in addition to Java and C++.[45] As of 2020, Kotlin is still most widely used on Android, with Google estimating that 70% of the top 1000 apps on the Play Store are written in Kotlin. Google itself has 60 apps written in Kotlin, including Maps and Drive. Many Android apps, such as Google's Home, are in the process of being migrated to Kotlin, and so use both Kotlin and Java. Kotlin on Android is seen as beneficial for its null-pointer safety as well as for its features that make for shorter, more readable code.[46]

In addition to its prominent use on Android, Kotlin is gaining traction in server-side development. The Spring Framework officially added Kotlin support with version 5 on 4 January 2017.[47] To further support Kotlin, Spring has translated all its documentation to Kotlin and added built-in support for many Kotlin-specific features such as coroutines.[48] In addition to Spring, JetBrains has produced a Kotlin-first framework called Ktor for building web applications.[49]

In 2020, JetBrains found in a survey of developers who use Kotlin that 56% were using Kotlin for mobile apps, while 47% were using it for a web back-end. Just over a third of all Kotlin developers said that they were migrating to Kotlin from another language. Most Kotlin users were targeting Android (or otherwise on the JVM), with only 6% using Kotlin Native.[50]

In 2018, Kotlin was the fastest growing language on GitHub with 2.6 times more developers compared to 2017.[51] It is the fourth most loved programming language according to the 2020 Stack Overflow Developer Survey.[52]

Many companies/organizations have used Kotlin for backend development:

Some companies/organizations have used Kotlin for web development:

A number of companies have publicly stated they were using Kotlin: