Ruby is an interpreted, high-level, general-purpose programming language. It was designed and developed in the mid-1990s by Yukihiro "Matz" Matsumoto in Japan .

Ruby is dynamically typed and uses garbage collection and just-in-time compilation. It supports multiple programming paradigms, including procedural, object-oriented, and functional programming. According to the creator, Ruby was influenced by Perl, Smalltalk, Eiffel, Ada, BASIC, and Lisp.[10][2]

Matsumoto has said that Ruby was conceived in 1993. In a 1999 post to the ruby-talk mailing list, he describes some of his early ideas about the language:[11]

Matsumoto describes the design of Ruby as being like a simple Lisp language at its core, with an object system like that of Smalltalk, blocks inspired by higher-order functions, and practical utility like that of Perl.[12]

The name "Ruby" originated during an online chat session between Matsumoto and Keiju Ishitsuka on February 24, 1993, before any code had been written for the language.[13] Initially two names were proposed: "Coral" and "Ruby". Matsumoto chose the latter in a later e-mail to Ishitsuka.[14] Matsumoto later noted a factor in choosing the name "Ruby" – it was the birthstone of one of his colleagues.[15][16]

The first public release of Ruby 0.95 was announced on Japanese domestic newsgroups on December 21, 1995.[17][18] Subsequently, three more versions of Ruby were released in two days.[13] The release coincided with the launch of the Japanese-language ruby-list mailing list, which was the first mailing list for the new language.

Already present at this stage of development were many of the features familiar in later releases of Ruby, including object-oriented design, classes with inheritance, mixins, iterators, closures, exception handling and garbage collection.[19]

Following the release of Ruby 0.95 in 1995, several stable versions of Ruby were released in the following years:

In 1997, the first article about Ruby was published on the Web. In the same year, Matsumoto was hired by netlab.jp to work on Ruby as a full-time developer.[13]

In 1998, the Ruby Application Archive was launched by Matsumoto, along with a simple English-language homepage for Ruby.[13]

In 1999, the first English language mailing list ruby-talk began, which signaled a growing interest in the language outside Japan.[20] In this same year, Matsumoto and Keiju Ishitsuka wrote the first book on Ruby, The Object-oriented Scripting Language Ruby (オブジェクト指向スクリプト言語 Ruby), which was published in Japan in October 1999. It would be followed in the early 2000s by around 20 books on Ruby published in Japanese.[13]

By 2000, Ruby was more popular than Python in Japan.[21] In September 2000, the first English language book Programming Ruby was printed, which was later freely released to the public, further widening the adoption of Ruby amongst English speakers. In early 2002, the English-language ruby-talk mailing list was receiving more messages than the Japanese-language ruby-list, demonstrating Ruby's increasing popularity in the non-Japanese speaking world.

Ruby 1.8 was initially released August 2003, was stable for a long time, and was retired June 2013.[22] Although deprecated, there is still code based on it. Ruby 1.8 is only partially compatible with Ruby 1.9.

Ruby 1.8 has been the subject of several industry standards. The language specifications for Ruby were developed by the Open Standards Promotion Center of the Information-Technology Promotion Agency (a Japanese government agency) for submission to the Japanese Industrial Standards Committee (JISC) and then to the International Organization for Standardization (ISO). It was accepted as a Japanese Industrial Standard (JIS X 3017) in 2011[23] and an international standard (ISO/IEC 30170) in 2012.[24][25]

Around 2005, interest in the Ruby language surged in tandem with Ruby on Rails, a web framework written in Ruby. Rails is frequently credited with increasing awareness of Ruby.[26]

Ruby 2.0 was intended to be fully backward compatible with Ruby 1.9.3. As of the official 2.0.0 release on February 24, 2013, there were only five known (minor) incompatibilities.[30] Ruby 2.0 added several new features, including:

Starting with 2.1.0, Ruby's versioning policy changed to be more similar to semantic versioning.[32]

Ruby 2.2.0 includes speed-ups, bugfixes, and library updates and removes some deprecated APIs. Most notably, Ruby 2.2.0 introduces changes to memory handling – an incremental garbage collector, support for garbage collection of symbols and the option to compile directly against jemalloc. It also contains experimental support for using vfork(2) with system() and spawn(), and added support for the Unicode 7.0 specification. Since version 2.2.1,[33] Ruby MRI performance on PowerPC64 was improved.[34][35][36] Features that were made obsolete or removed include callcc, the DL library, Digest::HMAC, lib/rational.rb, lib/complex.rb, GServer, Logger::Application as well as various C API functions.[37]

Ruby 2.3.0 includes many performance improvements, updates, and bugfixes including changes to Proc#call, Socket and IO use of exception keywords, Thread#name handling, default passive Net::FTP connections, and Rake being removed from stdlib.[38] Other notable changes in include:

A few notable changes in Ruby 2.5.0 include rescue and ensure statements automatically use a surrounding do-end block (less need for extra begin-end blocks), method-chaining with yield_self, support for branch coverage and method coverage measurement, and easier Hash transformations with Hash#slice and Hash#transform_keys On top of that come a lot of performance improvements like faster block passing (3 times faster), faster Mutexes, faster ERB templates and improvements on some concatenation methods.

A few notable changes in Ruby 2.6.0 include an experimental just-in-time compiler (JIT), and RubyVM::AbstractSyntaxTree (experimental).

A few notable changes in Ruby 2.7.0 include pattern Matching (experimental), REPL improvements, a compaction GC, and separation of positional and keyword arguments.

Ruby 3.0.0 was released on Christmas Day in 2020.[41] It is known as Ruby 3x3. One of its main aims was to switch the interpreter to a Just-In-Time Compiler, to make programs faster. 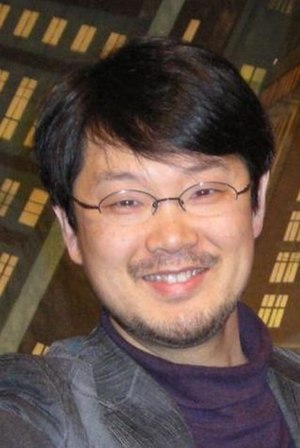 Yukihiro Matsumoto, the creator of Ruby

Matsumoto has said that Ruby is designed for programmer productivity and fun, following the principles of good user interface design.[77] At a Google Tech Talk in 2008 Matsumoto further stated, "I hope to see Ruby help every programmer in the world to be productive, and to enjoy programming, and to be happy. That is the primary purpose of Ruby language."[78] He stresses that systems design needs to emphasize human, rather than computer, needs:[79]

Matsumoto has said his primary design goal was to make a language that he himself enjoyed using, by minimizing programmer work and possible confusion. He has said that he had not applied the principle of least astonishment (POLA) to the design of Ruby;[79] in a May 2005 discussion on the newsgroup comp.lang.ruby, Matsumoto attempted to distance Ruby from POLA, explaining that because any design choice will be surprising to someone, he uses a personal standard in evaluating surprise. If that personal standard remains consistent, there would be few surprises for those familiar with the standard.[80]

Matsumoto defined it this way in an interview:[79]

Ruby is object-oriented: every value is an object, including classes and instances of types that many other languages designate as primitives (such as integers, booleans, and "null"). Variables always hold references to objects. Every function is a method and methods are always called on an object. Methods defined at the top level scope become methods of the Object class. Since this class is an ancestor of every other class, such methods can be called on any object. They are also visible in all scopes, effectively serving as "global" procedures. Ruby supports inheritance with dynamic dispatch, mixins and singleton methods (belonging to, and defined for, a single instance rather than being defined on the class). Though Ruby does not support multiple inheritance, classes can import modules as mixins.

Ruby has been described as a multi-paradigm programming language: it allows procedural programming (defining functions/variables outside classes makes them part of the root, 'self' Object), with object orientation (everything is an object) or functional programming (it has anonymous functions, closures, and continuations; statements all have values, and functions return the last evaluation). It has support for introspection, reflection and metaprogramming, as well as support for interpreter-based threads. Ruby features dynamic typing, and supports parametric polymorphism.

According to the Ruby FAQ, the syntax is similar to Perl and the semantics are similar to Smalltalk, but it differs greatly from Python.[81]

The syntax of Ruby is broadly similar to that of Perl and Python. Class and method definitions are signaled by keywords, whereas code blocks can be defined by either keywords or braces. In contrast to Perl, variables are not obligatorily prefixed with a sigil. When used, the sigil changes the semantics of scope of the variable. For practical purposes there is no distinction between expressions and statements.[89][90] Line breaks are significant and taken as the end of a statement; a semicolon may be equivalently used. Unlike Python, indentation is not significant.

One of the differences from Python and Perl is that Ruby keeps all of its instance variables completely private to the class and only exposes them through accessor methods (attr_writer, attr_reader, etc.). Unlike the "getter" and "setter" methods of other languages like C++ or Java, accessor methods in Ruby can be created with a single line of code via metaprogramming; however, accessor methods can also be created in the traditional fashion of C++ and Java. As invocation of these methods does not require the use of parentheses, it is trivial to change an instance variable into a full function, without modifying a single line of calling code or having to do any refactoring achieving similar functionality to C# and VB.NET property members.

Python's property descriptors are similar, but come with a trade-off in the development process. If one begins in Python by using a publicly exposed instance variable, and later changes the implementation to use a private instance variable exposed through a property descriptor, code internal to the class may need to be adjusted to use the private variable rather than the public property. Ruby's design forces all instance variables to be private, but also provides a simple way to declare set and get methods. This is in keeping with the idea that in Ruby, one never directly accesses the internal members of a class from outside the class; rather, one passes a message to the class and receives a response.

The original Ruby interpreter is often referred to as Matz's Ruby Interpreter or MRI. This implementation is written in C and uses its own Ruby-specific virtual machine.

The standardized and retired Ruby 1.8 implementation was written in C, as a single-pass interpreted language.[22]

Starting with Ruby 1.9, and continuing with Ruby 2.x and above, the official Ruby interpreter has been YARV ("Yet Another Ruby VM"), and this implementation has superseded the slower virtual machine used in previous releases of MRI.

(As of 2018), there are a number of alternative implementations of Ruby, including JRuby, Rubinius, and mruby. Each takes a different approach, with JRuby and Rubinius providing just-in-time compilation and mruby also providing ahead-of-time compilation.

Other Ruby implementations include:

Other now defunct Ruby implementations were:

The maturity of Ruby implementations tends to be measured by their ability to run the Ruby on Rails (Rails) framework, because it is complex to implement and uses many Ruby-specific features. The point when a particular implementation achieves this goal is called "the Rails singularity". The reference implementation, JRuby, and Rubinius[92] are all able to run Rails unmodified in a production environment.

Matsumoto originally developed Ruby on the 4.3BSD-based Sony NEWS-OS 3.x, but later migrated his work to SunOS 4.x, and finally to Linux.[93][94]

Ruby programming language is supported across a number of cloud hosting platforms like Jelastic, Heroku, Google Cloud Platform and others.

RubyGems is Ruby's package manager. A Ruby package is called a "gem" and can be installed via the command line. Most gems are libraries, though a few exist that are applications, such as IDEs.[97] There are over 10,000 Ruby gems hosted on RubyGems.org.

Many new and existing Ruby libraries are hosted on GitHub, a service that offers version control repository hosting for Git.

The Ruby Application Archive, which hosted applications, documentation, and libraries for Ruby programming, was maintained until 2013, when its function was transferred to RubyGems.[98]