Short description: Timeline of notable events in the history of senescence research

This timeline lists notable events in the history of research into senescence or biological aging. People have long been interested in making their lives longer and healthier. The most anсient Egyptian, Indian and Chinese books contain reasoning about aging. Ancient Egyptians used garlic in large quantities to extend their lifespan. Hippocrates (c. 460 – c. 370 BC), in his Aphorisms, and Aristotle (384 – 322 BC), in On youth and old age, expressed their opinions about reasons for old age and gave advice about lifestyle. Medieval Persian physician Ibn Sina (c. 980 – 1037), known in the West as Avicenna, summarized the achievements of earlier generations about this issue.[1][2][3]

Descriptions of rejuvenation and immortality remedies are often found in the writings of alchemists. But all those remedies did not allow even alchemists themselves to live longer than a hundred years.[1][2][3]

Though the average lifespan of people through the past millennia increased significantly,[4] maximum lifespan almost did not change - even in ancient times there were fairly well and unbiasedly documented cases when some people lived for more than a hundred years (for example, Terentia who lived 103 or 104 years). While among the billions of people of the modern world, there is only one case of life over 120 years (Jeanne Calment, 122 years). The super-long lives of people that are mentioned in ancient books, apparently, are highly exaggerated, since archaeological data show that even the oldest of the ancient people lived no more than modern supercentenarians.[2] In some cases the exaggeration, possibly, is not intentional but occurs due to errors in translation between languages and synchronization of chronological systems. The species limit of human life is estimated by scientists at 125–127 years,[5][6] and even in the most ideal conditions a person will not live longer due to aging of the body.

Some scientists believe that, even if medicine learns how to treat all major diseases, that will increase the average lifespan of people in developed countries by only about 10 years.[2] For example, biogerontologist Leonard Hayflick stated that the natural average lifespan for humans is 92 years.[7] Meanwhile the life expectancy for Japanese already now is more than 84 years,[8] and for Monaco it is reported to be more than 89 years.[9] It may not be possible to achieve further increases without development of new biomedical technologies and approaches. Searches of various equivalents of the elixir of youth happened yet in ancient times: people hoped to find a miraculous remedy in faraway territories, tried to use magic and alchemy. Scientific and technological attempts began at the end of the 19th century. For their intended purpose, all of them turned out to be inefficient at best, sometimes led to premature death, but they had many useful and sometimes unexpected consequences.

Search for an elixir of youth in ancient times

From the end of the 19th century, systematic scientific and technical studies began on the processes of slowing down aging and possible rejuvenation. The period of world history between the two world wars is a very complicated, difficult and ambiguous time of world history. In many spheres of life, there were ideas that were radical-bold, but not always intelligent, ethical and moral from the point of view of modern knowledge, foundations and norms. This also affected the aging research, the spirit of which corresponded to the spirit of that time: attempting bold experiments, often on people, intensively implementing in practice treatments that we may now consider ridiculous. Those attempts had both bad and good consequences. But those researches were already scientific. As it often happens in science, it is often difficult to establish priority considering, who was the first person beginning to use one or another approach. Usually the first experiments are done by enthusiasts and have doubtful positive effects. Some researchers work in parallel. Then at some moment the persons emerge who developed the approaches and made them public.

After World War II, research tools and technologies of another level appeared. Thanks to these technologies, it became understandable what really occurs inside cells and between them (for example, the model of the DNA double helix was created in 1953). At the same time, changed ethical norms did not allow cardinal experiments to be performed on humans, as had been possible in previous decades. Consequently, the influence of different factors could be estimated only indirectly.

The research activity has increased. There is a shift of focus of the scientific community from the passive study of aging and theorizing to research aimed at intervening in the aging process in order to extend the lives of organisms beyond their genetic limits. Scientific-commercial companies appear, which aim to create practical technologies for measuring the biological age of a person (in contrast to chronological age) and extend the life of people to a greater extend than the healthy lifestyle and preventive medicine can provide. In society and media there are discussions not only about whether a significant prolongation of life is physically possible, but also whether it is appropriate, about the possibility of officially classifying aging as a disease, and about the possibility of mass testing on human volunteers.

Expected life years gained for 20-year-olds in U.S. who change from a typical Western diet to an, according to an integrative study, "optimized diet" (changes indicated on the left in gram)[162] 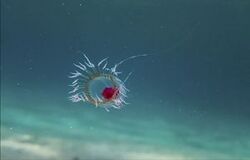 Research domains related or part of senescence research currently not fully included in the timeline: