LCC should not be confused with LCCN, the system of Library of Congress Control Numbers assigned to all books (and authors), which also defines URLs of their online catalog entries, such as "42037605" and "https://lccn.loc.gov/42037605".[lower-alpha 1] The Classification is also distinct from Library of Congress Subject Headings, the system of labels such as "Boarding schools" and "Boarding schools—Fiction" that describe contents systematically.[lower-alpha 2] Finally, the classifications may be distinguished from the call numbers assigned to particular copies of books in the collection, such as "PZ7.J684 Wj 1982 FT MEADE Copy 1" where the classification is "PZ7.J684 Wj 1982".[lower-alpha 3]

The classification was developed by James Hanson (chief of the Catalog Department), with assistance from Charles Martel, in 1897.[2] With advice from Charles Ammi Cutter, it was influenced by his Cutter Expansive Classification, the Dewey Decimal System, and the Putnam Classification System (developed while Putnam was head librarian at the Minneapolis Public Library).[3] It was designed specifically for the purposes and collection of the Library of Congress to replace the fixed location system developed by Thomas Jefferson. By the time Putnam departed from his post in 1939, all the classes except K (Law) and parts of B (Philosophy and Religion) were well developed.

LCC has been criticized for lacking a sound theoretical basis; many of the classification decisions were driven by the practical needs of that library rather than epistemological considerations.[4] Although it divides subjects into broad categories, it is essentially enumerative in nature. That is, it provides a guide to the books actually in one library's collections, not a classification of the world.

In 2007 The Wall Street Journal reported that in the countries it surveyed most public libraries and small academic libraries used the older Dewey Decimal Classification system.[1]

The National Library of Medicine classification system (NLM) uses the initial letters W and QS–QZ, which are not used by LCC. Some libraries use NLM in conjunction with LCC, eschewing LCC's R for Medicine. Others use LCC's QP–QR schedules and include Medicine R.[clarification needed][5][6] 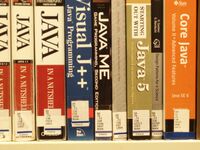 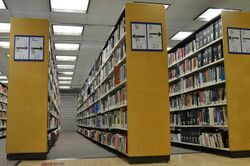